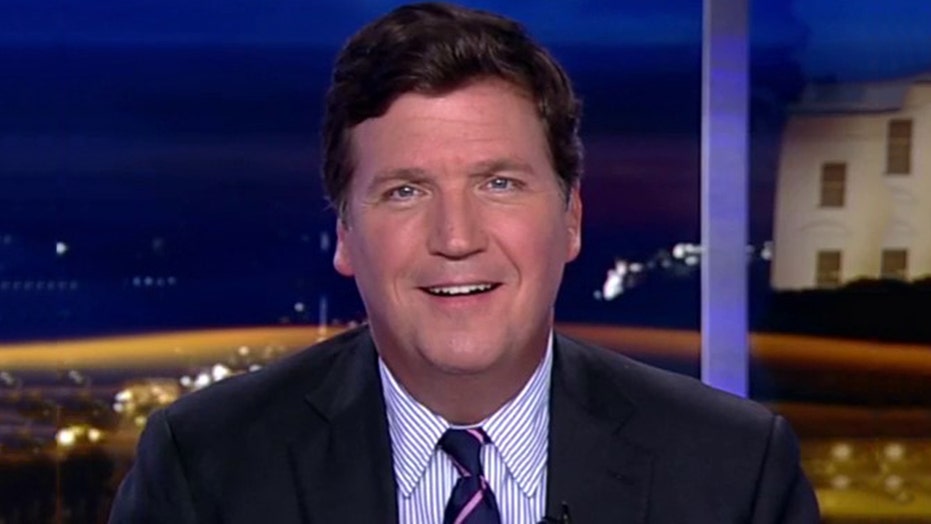 Tucker: Democrats know Bernie Sanders can win and they're scared

This is the nightmare scenario for the Democratic establishment.

Tucker Carlson once again warned of the emergence of Sen. Bernie Sanders, I-Vt., Monday, reminding his audience what a Sanders victory in the Democratic nominating contest means for the party and the country.

"Bernie Sanders ... is actually now the front runner in the Democratic nomination race," Carlson said. "And this is the nightmare scenario for the Democratic establishment in Washington. They're suddenly hoping against hope that Amy Klobuchar gets some gravity tonight and some votes."

"In the meantime, they're putting in frantic calls to a certain authoritarian New York mayor who also happens to have $16 billion in the bank," Carlson added. "'Save us tiny billionaire, save us.'"

Carlson spoke of the similarities between Donald Trump's 2016 campaign and Sanders,' before highlighting the key differences.

"Sanders is running on a premise that you might recognize, actually, if you voted for Donald Trump in 2016: 'The system is rotten and corrupt," Carlson said. "'Elect me and I will fight for you.' Except in this case with Bernie, there's some evidence that he will also tear down a lot of it. Maybe all of it."

Carlson noted Sanders's open border policies and support for the Green New Deal before accusing some in the Democratic Party worried about Sanders' rise in the polls of working against the self-described democratic socialist.

"The Democratic Party's funders on Wall Street and in Silicon Valley don't like the sound of this," Carlson said. "The new taxes especially, they love lifestyle liberalism when it means legal weed and raunchy halftime shows and non-binary bathrooms."

The host accused those party operatives of using CNN to target Sanders and "signal to all the other establishment toadies to pile on" by accusing Sanders of being a "sexist."

Carlson then described Sanders as a "human bug light" who attracts "every lunatic in the Democratic Party."

"Bernie Sanders is not going away, and neither are his supporters," Carlson said. "The Democratic Party is going be dealing with these people for months and months, if not years. And you can't say it's not deserved because it is."