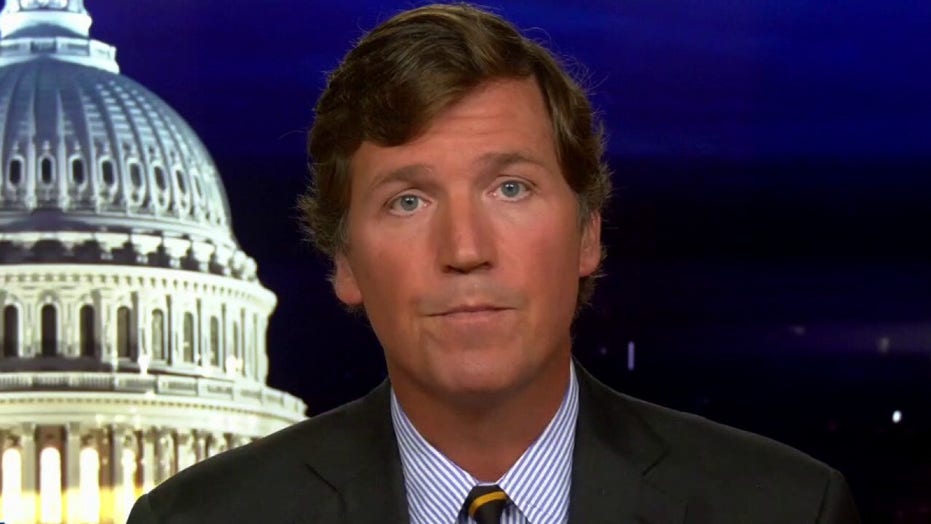 Tucker: The rise of left-wing rage mobs in America

Something terrifying has descended on America. Terrible ideas suddenly have free reign and no one pushed back.

Tucker Carlson warned at the top of his show Tuesday that left-wing activists are transforming American society to fit their design, which discriminates against certain groups while styling itself as a movement against discrimination.

"No matter what they are claiming on television or how loudly we are claiming it, their main goal is power," Carlson said. "They will silence you, hurt you, burn your country down, and they are doing all of that now.

"At this point, we are becoming North Korea," Carlson added. "We now believe in blood guilt. We punish people for the sins of their relatives. We don't allow individuals to have private thoughts. We hurt anyone who disagrees with orthodoxy.

"We demand that the innocent plead guilty to things we know they didn't do and then read their confessions in public to prove they've been reeducated, and then we brag about doing all of this."

The host cited the case of accounting professor Gordon Klein, who denied a demand that students of color in his class be allowed to forego their final exams in the wake of George Floyd's death.Professor Gordon Klein, Carlson said, was immediately suspended by the university and is under police protection after multiple threats on his life.

"All of this is happening right now in America. The question is, is anyone defending these guys?" asked Carlson, referring to another case involving a UCLA lecturer who was reportedly criticized by the chair of the university's political science department for "the crime of reading Martin Luther King's 'Letter from Birmingham Jail' out loud."

"Is anyone ... defending the right to give exams or to read Martin Luther King out loud?" Carlson said. "Probably not. No one is defending anyone anymore. It's every man for himself."