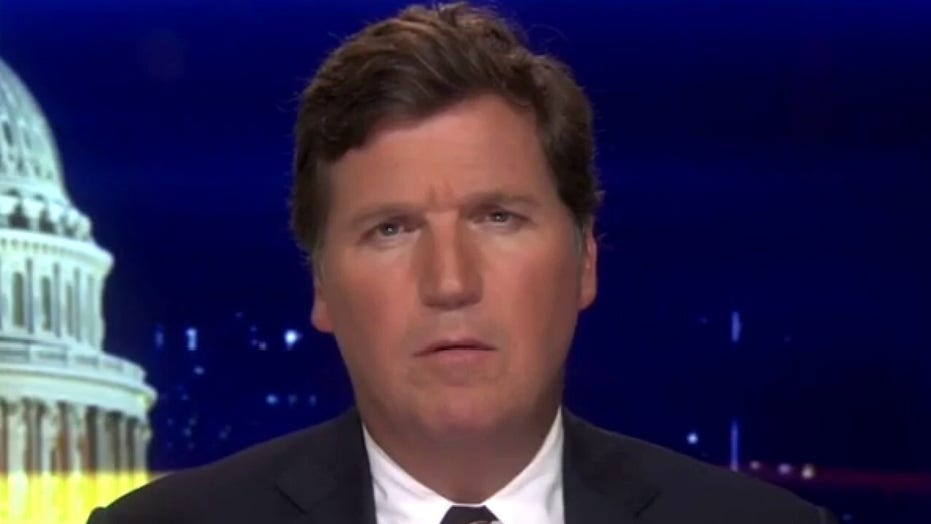 The people in charge squandered a great nation.

Tucker Carlson took on the "ruling class" Friday, blasting them for negatively impacting America and highlighting their tactics as they lose their "grip on power."

"Tonight, the story of American decline is the story of an incompetent ruling class. You'll hear many self-serving explanations for it," Carlson said on "Tucker Carlson Tonight." "But the truth is, it's that simple. The people in charge inherited an industrial superpower with unchallenged military dominance. In a little more than a generation they squandered all of it in exchange for short term profits, bigger vacation homes, cheaper household help. They wrecked what they did not build."

Carlson said "the ruling class" outsourced parts of our economy to China, imported a "serf class" and "crippled the middle class."

"At this point, it's clear the population has grown tired of it. Donald Trump's election is one clear sign of that. The rise of Bernie Sanders is another," Carlson said. "The ruling class, in other words, is losing its grip on power."

The host said that the first response of the elites was "denial," citing the campaign of former Vice President Joe Biden.

"That didn't work. And when it didn't, they reverted to their governing instinct, which is authoritarianism. They stop trying to convince the public of anything and instead decided to scare them," Carlson said, citing the recent resurgent reports that Russia is working to secure President Trump's reelection.

"He learned about it weeks ago, but the Sanders campaign never leaked the story," Carlson said. "Now, on the eve of the Nevada caucuses, someone in the so-called intelligence community did leak it, just as they repeatedly leaked selective information in the first Russia hoax in an effort, of course, to derail Donald Trump, whose policies they disagreed with."

Carlson reiterated that the "ruling class" was the real threat to American democracy.

"Our democratic system is, in fact, under attack. That much is true. But it's not the Russians who were attacking it. It's not even the Chinese," Carlson said. "It's being attacked by our own ruling class."