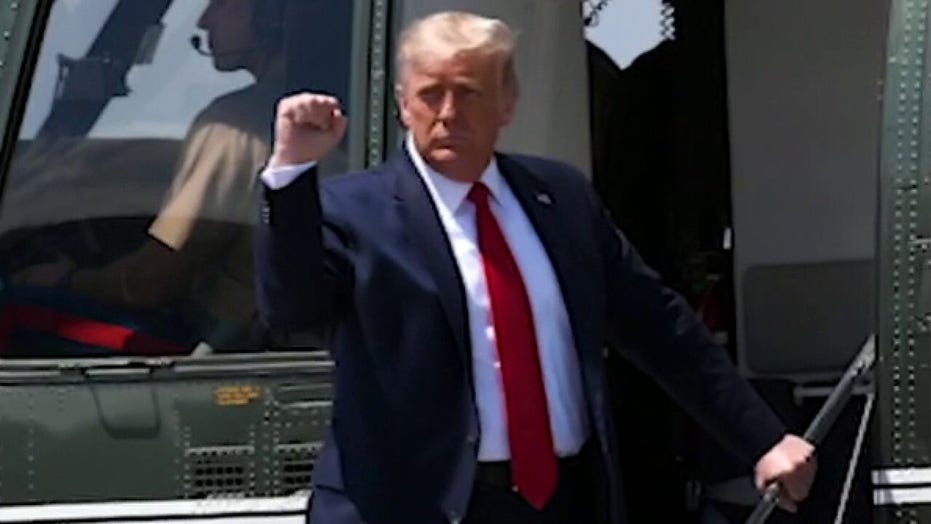 President Trump has called Joe Biden stupid, said he’s controlled by people in dark shadows, that China would own America if his opponent won, that people should vote twice to test the system, and likened police brutality to blowing a three-foot golf putt.

Trump has also called the Atlantic’s editor-in-chief a con man, branded his story about the president disparaging soldiers a hoax, said the sources are liars and low-lifes, slammed John Kelly as a dysfunctional aide, and urged the firing of CNN’s Joe Lockhart, CNN’s Chris Cuomo and Fox’s Jennifer Griffin.

That’s just in the last week.

No president has ever dominated the news the way Donald Trump does, and if anything that’s intensified during the campaign. Trump generates far, far more coverage, commentary and columnizing than Joe Biden, and not just because he’s the incumbent. He has always had an uncanny ability, rooted in his New York days, to drive the news agenda. But for the first time in his career, this may be turning into a disadvantage.

It’s beyond dispute that the media’s treatment of Trump is overwhelmingly negative, and there’s no longer much pretense about it. In the past, this has often worked to his advantage by turbo-charging the arguments that Trump wants out there, even if he gets scuffed up in the process. And his supporters don’t believe the press anyway.

The media may freak out over Trump’s vote-twice suggestion or his claim that Biden is on the side of urban vandals, but that boosts mail fraud and riots into the headlines over the coronavirus and business bankruptcies.

Still, the overshadowing of Biden is frequently yielding a dynamic that’s the opposite of what the president’s campaign wants, making the election essentially a referendum on Trump. The fiercest debates seem to be Trump and his allies against his detractors, or the president versus the press, with Biden just one voice in the chorus.

There are two basic categories in Trump’s endless news telethon. One is the tidal wave of stories and segments that he generates in speeches, news conferences, interviews, tweets, retweets, and near-constant exchanges with journalists from the Oval Office to noisy vicinity of Marine One. Sometimes he’s announcing policy. Sometimes he’s taking shots or punching back at critics and opponents, from accusing Barack Obama and Biden of spying on him to linking Joe Scarbrough to an unfounded murder conspiracy.

The other category is all the stories generated by journalists, commentators, operatives and advocates, accusing the president of just about everything from Covid incompetence to racism, from flouting science to cheating at golf. This includes a whole sub-genre of hostile books by angry former aides and confidantes.

In recent months, Trump has been vilified as a dishonest philanderer and bigot by onetime fixer Michael Cohen; as an ignorant foreign policy disaster by former adviser John Bolton; as a sociopath who lacks empathy by his niece Mary Trump; and as a threat to national security by fired FBI agent Peter Strzok.

Biden, by contrast, makes relatively little news for a major-party nominee. There are times, especially since the conventions, when he has attacked Trump in harshly personal terms. But even after emerging from months of basement seclusion, Biden generally uses the more prosaic language of conventional politicians. His social media feed is a snooze.

Steeped in the stilted oratory of the Senate, he doesn’t launch inflammatory assaults on critics. He doesn’t denounce the media. That happens to match his campaign theme of offering conciliation over chaos.

The result is that Biden is often playing defense, fending off Trumpian blows, as he has on the issue of urban violence, prompting his belated visit to Kenosha. But his campaign clearly believes that ceding much of the stage keeps the harsh limelight on Trump.

The president can still use his mighty megaphone to control the narrative of this race in the final weeks. The question is whether that helps him after years of saturation coverage, and whether there are still that many minds to be changed.