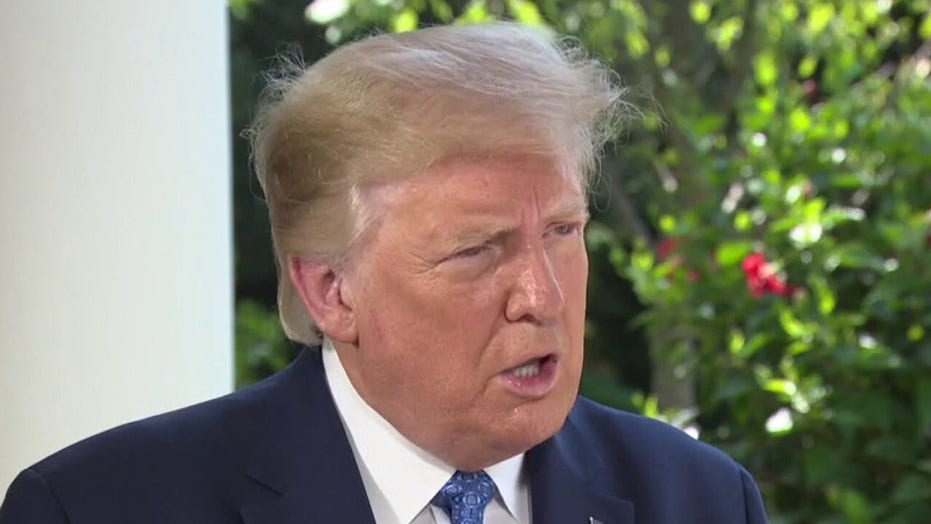 President Trump told Fox News medical contributor Marc Siegel on Wednesday that he's in an impossible situation regarding whether he should be the first to take a coronavirus vaccine.

“Well, you know the way it works. If I’m the first one they’ll say ‘he’s so selfish. He wanted to get the vaccine first,” Trump told Siegel in the interview, which ared on "Tucker Carlson Tonight" and "Fox News @ Night." “Then other people would say ‘hey, that’s a very brave thing to do’.”

“I would absolutely, if they wanted me to and thought it was right, I’d take it first or I’d take it last.”

Trump’s dilemma comes the same day that pharmaceutical company Pfizer and biotech firm BioNTech said that the U.S. government has placed a $1.95 billion order for 100 million doses of their COVID-19 vaccine. An additional 500 million doses could be acquired by the Department of Health and Human Services should the vaccine prove safe and effective.

TRUMP ON EVENTUALLY GETTING THE COVID-19 VACCINE

The two companies are jointly developing four potential vaccines, one of which will begin the first of three phases of trial testing later this month on 30,000 participants.

“Expanding Operation Warp Speed’s diverse portfolio by adding a vaccine from Pfizer and BioNTech increases the odds that we will have a safe, effective vaccine as soon as the end of this year,” Health and Human Services Secretary Alex Azar said Wednesday. 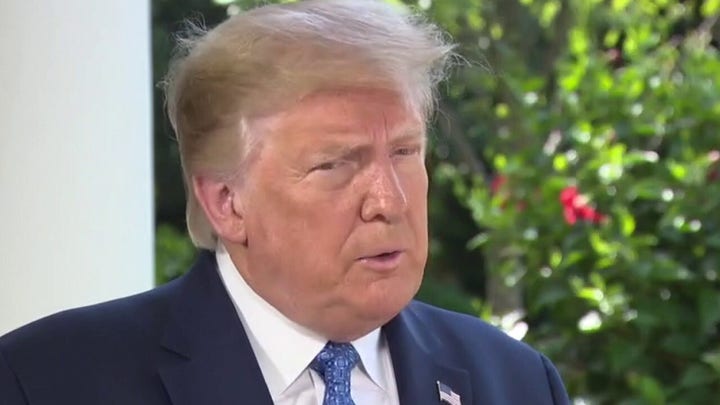 “Depending on success in clinical trials, today’s agreement will enable the delivery of approximately 100 million doses of this vaccine to the American people.”

Trump is apparently feeling pressure to show his support for vaccination.

“You do know that if I take it first, either way I lose on that one. If I don’t take it they’ll say ‘he doesn’t believe in the program’,” Trump told Siegel Wednesday.

Dr. Anthony Fauci, Director of the National Institute of Allergy and Infectious Diseases and a leading member of the National Coronavirus Task Force, said Wednesday that the U.S. is moving as quickly as possible on finding a vaccine that's safe and effective.

“If you want to do it correctly, with safety, and real attention to safety and efficacy, I think we are going as fast as we possibly can,” Fauci said during a TB Alliance forum Wednesday. 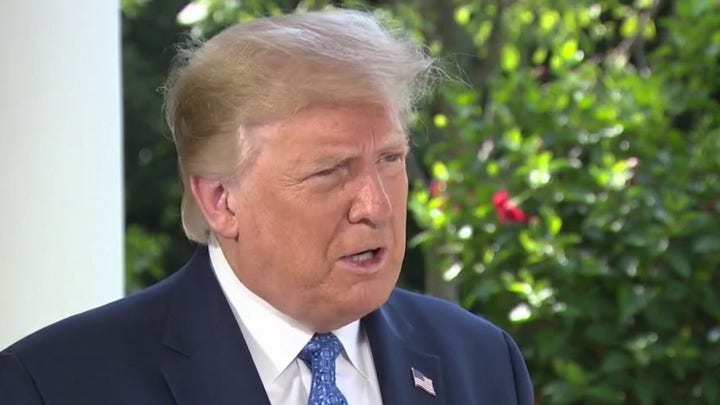 Fauci and Trump have at times been at odds during the coronavirus pandemic, and he along with Dr. Deborah Birx, the task force's coordinator, were absent from Trump’s first coronavirus briefing in months Tuesday.

Trump told reporters that Birx, who has an office in the West Wing, was right outside the door, though he did not mention where Fauci was.

Fauci, the nation’s leading infectious disease specialist, told CBS he was never informed of the briefing.

“Dr. Birx is a big advisor of yours that isn’t getting enough attention,” Siegel said to Trump Wednesday.

Trump was quick to defend the doctor who received a beating from The New York Times earlier this week who called her the “chief evangelist” and said she has repeatedly curtailed Fauci’s realistic efforts by “ostensibly” offering reassurance to the president.

“She is responsible for all the incredible work that has taken place on AIDS in Africa,” Trump told Siegel. “Millions of people are alive right now because of her. She’s an unbelievable woman.”