Chairwoman of the Republican National Lawyers Association Harmeet Dhillon shares more behind Friday's release of the DOJ's broad search and seizure warrant for a raid on Mar-a-Lago on 'Tucker Carlson Tonight.'

HARMEET DHILLON: What we know that has been confirmed by the search warrant being revealed is that it was extremely broad, like Shannon just pointed out. And what we don't know and what everybody wants to know is what was the justification presented to a federal judge to take this extraordinary step on the part of the United States Department of Justice?

And so, generally speaking, that search warrant affidavit or affidavits are not unsealed until there is an indictment. And even then, if they're national security implications, they could be restricted to the target of that subpoena and the or the search warrant, rather, and his attorneys.

And so it's going to be a while probably before we see that. And I suspect that the Department of Justice is not keen to reveal exactly why they took this step.

GREG GUTFELD: FBI SEIZURE OF CLASSIFIED RECORDS AT MAR-A-LAGO SOUNDS LIKE EVERY HOAX WE'VE HEARD BEFORE

But what we can also say is that a federal magistrate judge does have the ability and, in fact, I think the duty, to cut back on a subpoena that seems overbroad for the circumstances. Now, in reality, they often just rubber-stamp them.

That's a real problem in our judicial system. And I think that's what happened here. And I really, my mind is blown that this can be a justified search of a former president. And so this is deeply troubling for anybody who cares about civil liberties in our country. 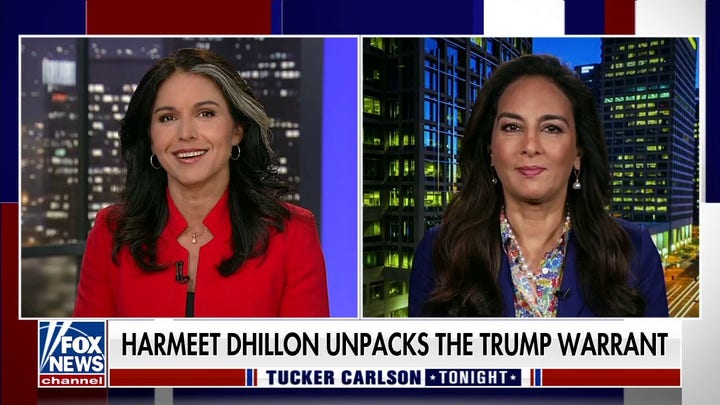