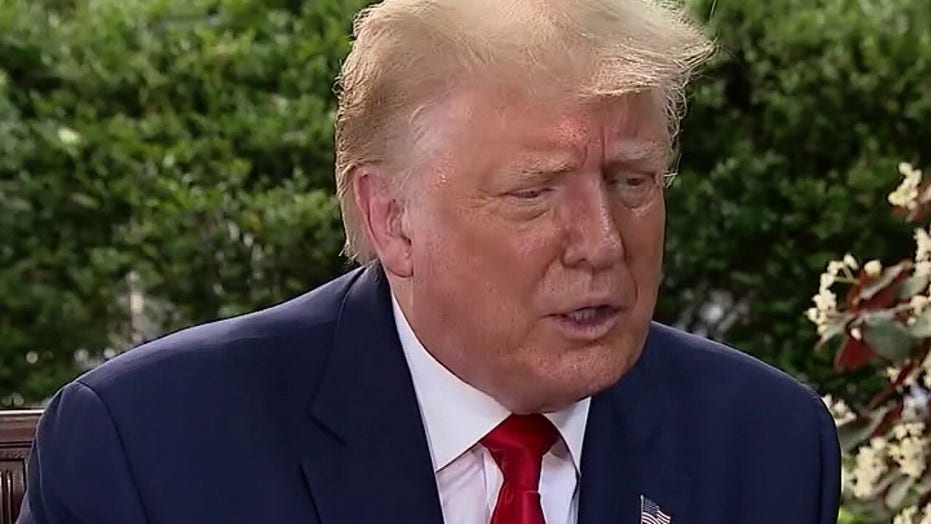 Things would be so much easier for the Trump campaign if Joe Biden was in favor of defunding the police.

But the president and his team are determined to tie every out-there left-wing position around their opponent’s neck, brushing aise his denials.

This is not a novel political tactic. Both parties try to paint opposing nominees as extreme and warn of the horrible fate that will befall America if they become (or remain) president. Both parties try to caricature the other (Republicans will take away your health care and cater to the wealthy, Democrats will bankrupt the country and allow riots).

But Biden is a fascinating case study. While he’s certainly more liberal than any past Democratic standard-bearer of the modern era, he’s largely avoided embracing the most controversial proposals from the Bernie/AOC wing of the party. Biden has said repeatedly he doesn’t support defunding the police, he didn’t back the Green New Deal and refused to support Medicare for All, drawing flak from the woke progressives.

But President Trump took a very different tack in the Chris Wallace interview that aired Sunday.

“No he, sir, he does not,” Wallace countered.

“Look,” Trump said. “He signed a charter with Bernie Sanders; I will get that one...Did you read the charter that he agreed to with...”

“It says nothing about defunding the police,” Wallace said.

An aide brought the document, and Wallace was right--it did not address taking money away from police departments.

After the “Fox News Sunday” interview aired, Trump tweeted: “He may use different words, but that’s what he wants to do.”

Now “wants to do” is an interesting political standard: Wants to raise your taxes. Wants to take your guns away. But in politics you have to make the case. The president’s charge about the Bernie agreement was wrong, so he tried to say it’s part of Biden’s hidden agenda.

The Trump campaign hits this hard in fundraising pitches, one of which is titled “No More Police,” saying “the Democrats have made it clear that they want to defund and abolish our police.” Another says, “As Joe Biden and his Democrat colleagues continue to push their defund the police agenda, criminals across the country are seizing the opportunity to loot and tear down our monuments to America’s founders.”

True, some Democrats have a defunding agenda, which is why the Trump people keep lumping them in with Biden.

Now Biden did give the opposition an opening in a conversation with liberal activist Ady Barkan, who asked, “But do we agree that we can redirect some of the funding?”

Still, Biden appeared to open the door, since some say diverting is defunding.

Now the former vice president does have liberal positions that provide a big target for the Trump forces. His recently unveiled $2-trillion climate plan is far more ambitious than what he discussed in the primaries and reflects a desire to win over Sanders supporters. Biden has said he’ll raise capital gains taxes but not middle-class taxes, but hasn’t made clear how he’ll pay for all his programs--a good subject for journalistic inquiry, if the press was more focused on the Biden campaign.

Trump wants to run against Biden as a socialist who would cripple the police and leave cities defenseless. So far, since Biden has been around so long that most voters don’t view him as a scary figure, it hasn’t worked. But in the midst of a pandemic, both sides can expect a long, hard-fought and sometimes ugly fall campaign.