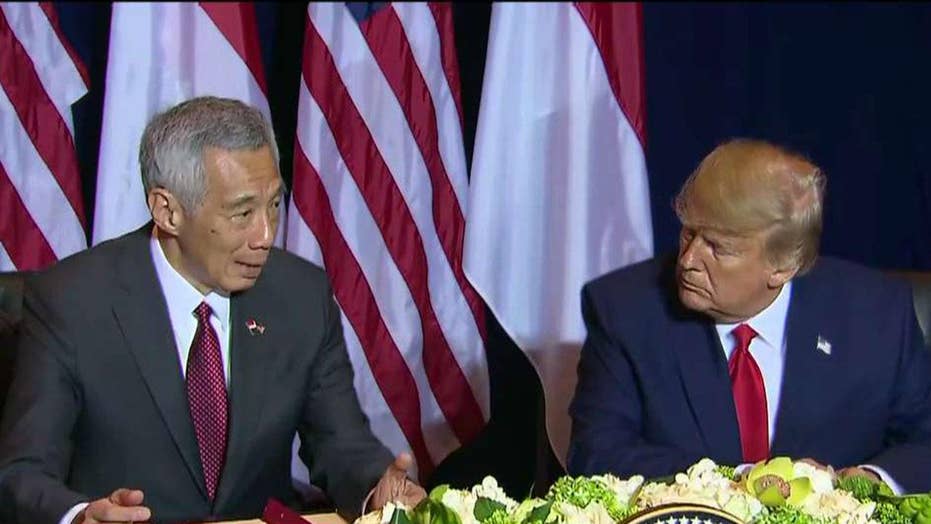 Both world leaders address the media.

President Trump said Monday he would get a Nobel Prize “for a lot of things” -- if the committee awarded prizes fairly.

Trump spoke to reporters at the United Nations and suggested that he would win the prestigious peace prize, before taking aim at his predecessor for picking up the honor in 2009.

“I think I’m going to get a Nobel Prize for a lot of things, if they gave it out fairly, which they don’t. They gave one to Obama immediately upon his ascent to the presidency and he had no idea why he got it,” Trump said. “You know what? That was the only thing I agreed with him on.”

Earlier this year, it was reported that Trump was nominated by Japanese Prime Minister Shinzo Abe and at least two other Norwegian lawmakers for his “positive developments on the Korean Peninsula” and easing of tensions with North Korean dictator Kim Jong Un. 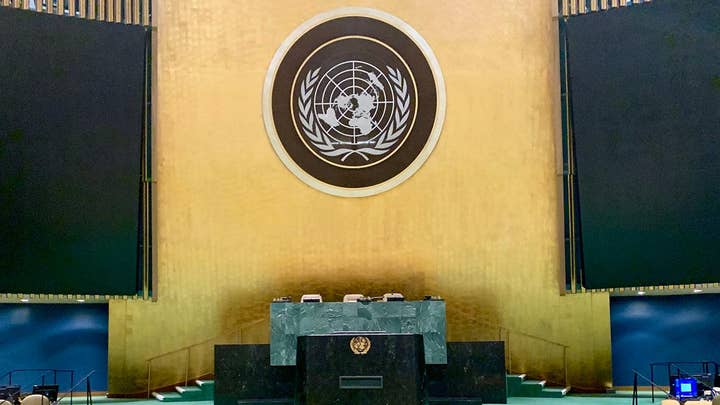 Then-President Barack Obama was the last American to receive the coveted peace prize. Obama won in 2009 for his “extraordinary efforts to strengthen international diplomacy and cooperation between people.”

This year, 301 candidates received nominations by the Jan. 31 deadline -- 223 are individuals and 78 are organizations.

The Norwegian Nobel Committee – which selects the recipients of the peace prize each year – historically does not unveil the names of the nominees until 50 years after the fact.

The process of selecting the winner has entailed creating a short list, subject to assessment by the Nobel Committee’s roster of “permanent advisors,” in addition to international experts from Norway and beyond. The final decision is made in the last meeting, usually held at the beginning of October. This year, the laureate is to be announced on Oct. 11 with the acceptance ceremony slated for December.

The Nobel Peace Summit was started some 20 years ago as a means to bring together the world’s “most inspiring advocates of social, political, community, international and personal peace.”