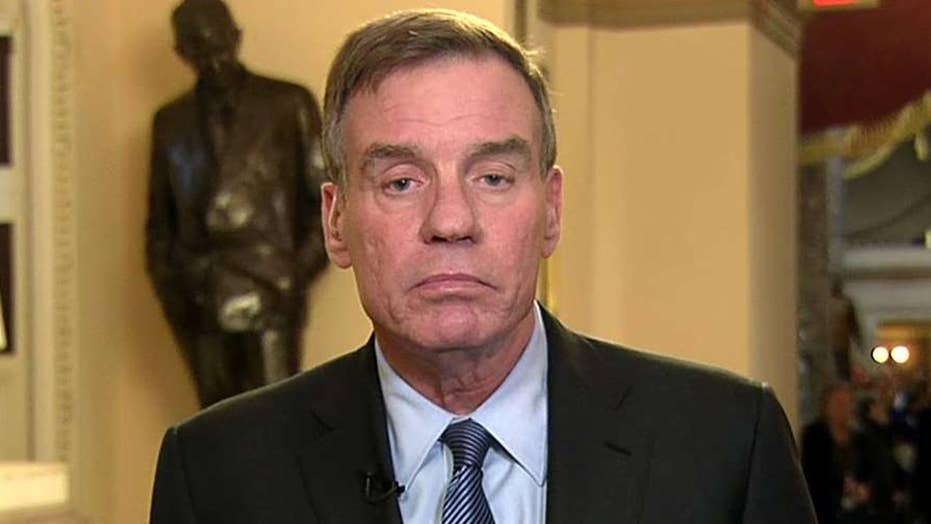 Sen. Mark Warner says he has not decided how he will vote on articles of impeachment against President Trump

Virginia Senator Mark Warner, vice-chairman of the Senate Intelligence Committee, says he owes both President Trump and the House impeachment managers the chance to present their case.

Senate Intelligence Committee Vice Chairman Mark Warner, D-Va., told Fox News Thursday he has not yet made a decision about whether to vote in favor of removing President Trump from office and would wait until the White House team rebuts the House managers' arguments.

Warner told "Bill Hemmer Reports" during a break in Thursday's proceedings in the Senate impeachment trial that Rep. Sylvia Garcia, D-Texas, had offered compelling evidence of wrongdoing by the president just prior to his interview.

Warner said Garcia had done a "pretty effective job" pushing back against claims by Trump and his allies that the president was targeting corruption when he pushed for investigations into the conduct of former Vice President Joe Biden and his son Hunter.

Garcia called allegations of corruption against Biden "groundless" and asked why Trump was only interested in the allegations in 2019, but not in 2017 and 2018. "Senators, you know why,” she said, claiming that it was because Biden had by then announced his 2020 presidential bid. 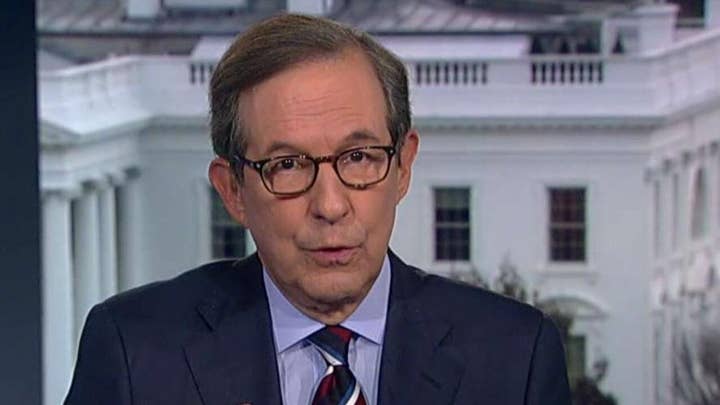 Looking ahead to White House Counsel Pat Cipollone's team's rebuttal -- which will begin after Democrats have exhausted their allotted 24-hour maximum period to present their case -- Warner said he will be keying into whether Cipollone will push back on Garcia's and Rep. Adam Schiff's allegations of wrongdoing.

"I owe both sides a chance to make their case," Warner said. "I thought yesterday, particularly Schiff for the last few hours, laid out pretty clearly, particularly in regards the holding up of the aid to Ukraine, holding up the White House meeting."

Warner also claimed that Sens. Lindsey Graham, R-S.C., and John Kennedy, R-La., two staunch Trump allies, have complimented the House Democrats' presentation of their case, but later clarified that he hasn't spoken to Republicans about the contents of that case.

"I haven't had a chance to talk to my Republican friends after Garcia's case. I don't know many of my Republican friends who actually think there's any validity to this notion that somehow Ukraine was involved in the 2016 intervention," he said, adding that claims Ukraine interfered in the 2016 election are a "debunked theory" that even Trump himself is appearing to "walk away from."

When Hemmer asked Warner how he was holding up under the strain of the Senate proceedings, Warner remarked that he feels lucky to have a seat in the rear of the Senate chamber -- allowing him to stretch his legs without obstructing other lawmakers' view of the proceedings.

"I have never seen 100 politicians be this quiet," he remarked.