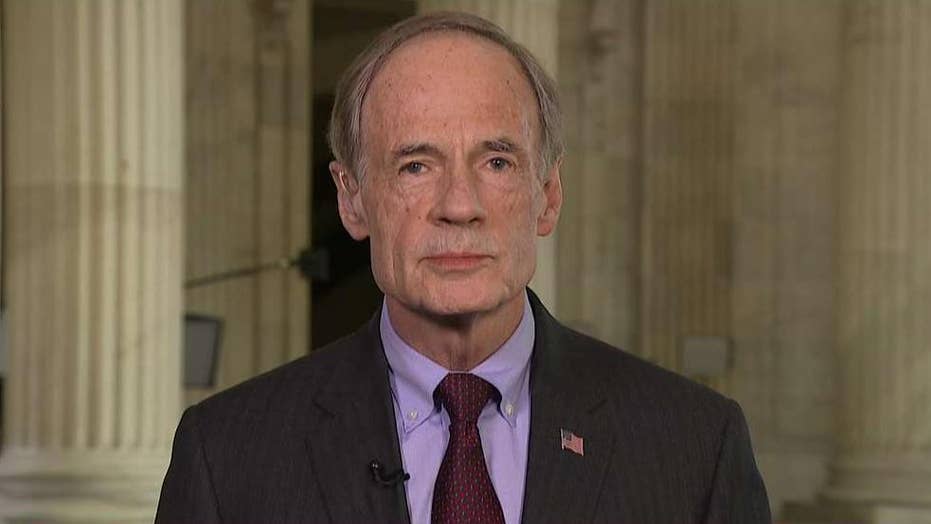 Gallagher had asked whether Republicans should be able to subpoena Hunter Biden to come before the Senate if Democrats are able to call former National Security Adviser John Bolton and other Trump administration officials. Hunter Biden has been the subject of allegations of wrongdoing connected to his time on the board of Burisma Holdings, a Ukrainian natural gas company.

"The key here, Trace, is witnesses with relevant information," Carper said. "The charges here are against Donald Trump."

PELOSI DOES IMPRESSION OF 'GRIM REAPER' MCCONNELL AS IMPEACHMENT KICKS OFF 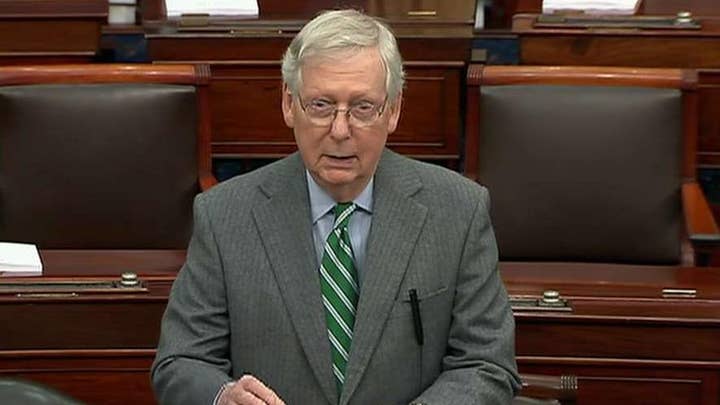 Carper said it is urgent to get to the bottom of whether Trump violated the law or his oath of office, noting that House Democrats have charged that the president used his powers to bribe the leader of a foreign country.

Gallagher followed up, noting Sen. Rand Paul, R-Ky., has stated that Hunter Biden is central to that exact investigation.

Carper reiterated that the charges are against Trump not a member of the Biden family.

Carper also said he takes his oath seriously in regard to the impeachment trial, recalling his own U.S. Navy service and how his state of Delaware was the first to ratify the Constitution.

"Delaware is the first state to have ratified the Constitution, 232 years ago last month, he said. "One of the greatest concerns ... [delegates] in Philadelphia at that Constitutional Convention agreed on [was] they did not want a king."

"They disagreed about a lot of other things but they didn't want to have a king," he added, pointing to "checks and balances" that he said are in place to rein in presidents like Donald Trump.