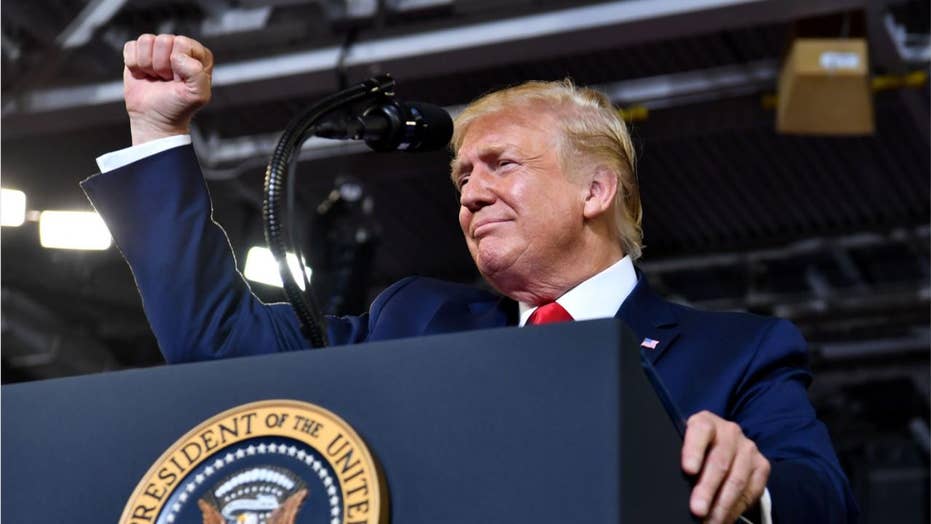 President Trump on Monday floated a lawsuit threat against CNN over reports that the network’s president, Jeff Zucker, launched an internal bias campaign to undermine his presidency.

The president’s latest gripe with CNN comes after conservative activist group Project Veritas published undercover recordings from an alleged “whistleblower” that capture CNN employees casually confirming the network's anti-Trump bias and show Zucker telling top news executives to focus solely on impeachment even at the expense of other important news.

Project Veritas – whose founder, James O'Keefe, describes himself as a “guerrilla journalist” – built up the release on social media with an “#ExposeCNN” hashtag, and Monday published the first segment of what is billed as a multipart series. The video features Cary Poarch, who claims he was a satellite uplink technician at CNN’s Washington Bureau before, he says, his “dream job” quickly turned into a nightmare due to CNN's blatant bias.

Zucker, who began his career at NBC, rose from researcher all the way to president and CEO of NBC Universal. Along the way, he was responsible for increasing Donald Trump’s fame when he greenlighted “The Apprentice.” The duo has famously feuded since Trump’s foray into politics, with the president attacking the liberal network on a regular basis and accusing CNN of unfair coverage.