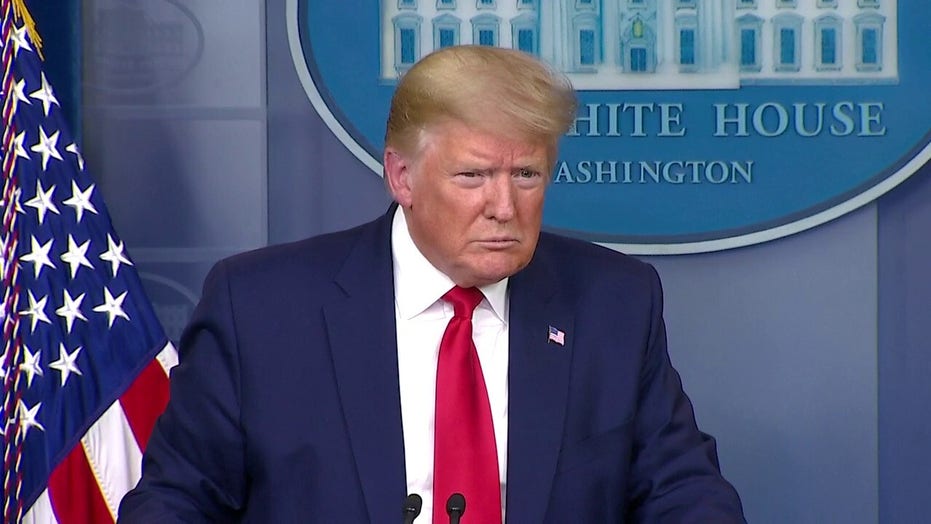 President Trump stresses that the new CDC guidelines do not replace guidance on social distancing during the coronavirus pandemic.

Kushner, the president's son-in-law, had commented on the nation's stockpile of medical supplies.

"The notion of the federal stockpile was it's supposed to be our stockpile. It's not supposed to be states' stockpiles that they then use," Kushner told reporters. "So we're encouraging the states to make sure that they're assessing the needs, they're getting the data from their local situations, and then trying to fill it with the supplies that we've given them."

"Yesterday, Jared Kushner said the notion of the federal stockpile was 'it's supposed to be our stockpile, it's not supposed to be states stockpiles that they then use.' What did he mean by 'our?'" Jiang asked Trump Friday."Why are you asking," Trump dismissed the question. "What's that, a gotcha? 'I gotcha. He used the word our.' You know what 'our' means? The United States of America, that's what it means."

"So that means the states," Jiang followed.

"Our, our! It means the United States of America and then we take that 'our' and then we distribute it to the states," Trump responded.

Jiang then pressed Trump was to why Kushner, the president's son-in-law, said "'it's not supposed to be state stockpiles that they then use.'"

"To keep for our country," Trump told Jiang. "The federal government needs it too, not just the states. But out of that, we oftentimes choose. As an example, we have almost 10,000 ventilators and we are ready to rock with those ventilators. We're going to bring them to various areas of the country that need them.

As the president was moving on to another reporter, Jiang pointed to language on the Department of Health and Human Services website that she said aligned with Kushner's rhetoric and told Trump the president that he hadn't answered her question.