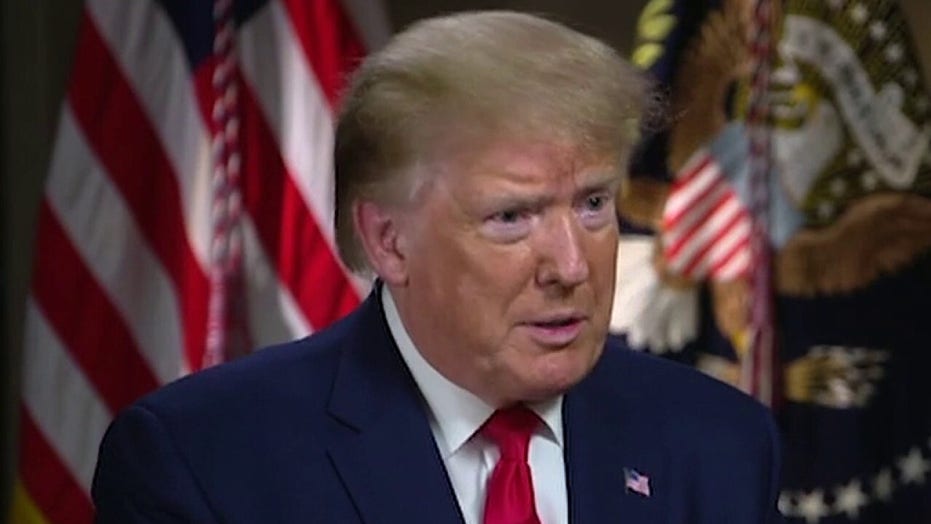 President Trump's reelection campaign said Sunday that Brian Stelter, the media reporter at CNN, was “sexist and demeaning” during an interview Sunday with its senior legal adviser and an apology from CNN and the reporter is in order.

DON LEMON ASKS: HOW COULD YOU NOT BE RACIST IF YOU GREW UP IN AMERICA?

“This kind of on-air meltdown and lashing out is completely unprofessional, yet it’s what we’ve come to expect from the leftists who hate President Trump,” Ali Pardo, the campaign’s deputy communications director, said in a statement. “It would be great if so-called journalists would refrain from personal attacks and putting words in the mouths of the children and grandchildren of strong, smart, and independent women.”

Stelter’s interview with Jenna Ellis took a bizarre turn Sunday when they began to discuss Trump’s use of the term “fake news media.” Ellis praised Trump’s courage to use his platform to challenge the embraced narrative in the press.

EX-CNN ANCHOR SOLEDAD O'BRIEN: NETWORK EXEC TOLD HER TO ONLY HAVE 'THE RIGHT KIND' OF BLACK GUESTS

Ellis, a constitutional law attorney, fired back, “Oh, now you’re going with personal attacks, that’s when you know you lost the debate, Brian.”

Neither CNN nor Stelter responded to an after-hours Fox News email. Stelter, a frequent Twitter user, later tweeted that his “Twitter mentions are still exploding” and retweeted David Brody, the chief political analyst at  CBN, who said, “Did you see @brianstelter getting totally destroyed by @jennaellisesq today on @CNN? It was thorough domination. She called him an activist, not a journalist.”

Ellis insisted in the interview that Stelter is better defined as an activist rather than a journalist because he has an agenda and that agenda “is anti-Trump.”

Stelter later retweeted a political reporter at the network who defended him and said the "Reliable Sources" host made the comment after Ellis lied.

"Note that Ellis was lying about CNN’s poll," Eric Bradner, a political reporter, tweeted. "The 14-pt Biden lead is among registered voters."

CNN recently reported that the Trump campaign demanded that the news outlet retract a poll that showed him trailing by 14 points among registered voters. CNN said it stood by the poll.

Ellis and Michael Glassner, the chief operating officer for the campaign, told the network in a statement earlier this week that, "It's a stunt and a phony poll to cause voter suppression, stifle momentum and enthusiasm for the President, and present a false view generally of the actual support across America for the President."

Ellis said on Sunday, “The only reason CNN published this because it’s junk science." She said, “No pollster in the world would stand behind this as a legitimate poll, according to industry standards.”

The poll in question was among a sample of 1,259 respondents and conducted via phone from June 2-5, 2020, according to CNN. Fifty-five percent of responders said they would vote for Biden, compared to 41 percent for Trump.

The letter, which was addressed to CNN Worldwide president Jeff Zucker, noted that only 25 percent of participants were Republicans and was conducted prior to positive economic news that was released on Friday. Politico reported that the overall poll featured 1,259 adults — 1,125 of them registered voters.

Ellis later tweeted that no other poll shows such "false numbers" as CNN's.

Even before Trump was elected into office, he has accused much of the media to have a bias against him. His favorite targets are CNN, MSNBC and The New York Times. Trump’s critics say his attacks are unfair and the media is just doing its job during a turbulent presidency. Trump supporters ask what happened to these reporters’ teeth during the Obama administration.

Pardo, from the Trump campaign, wrote that she has had enough of these “liberal activists masquerading as journalists” who constantly insult conservative women “for having the audacity to think for ourselves and go against the fake news narrative they are pushing that day.”