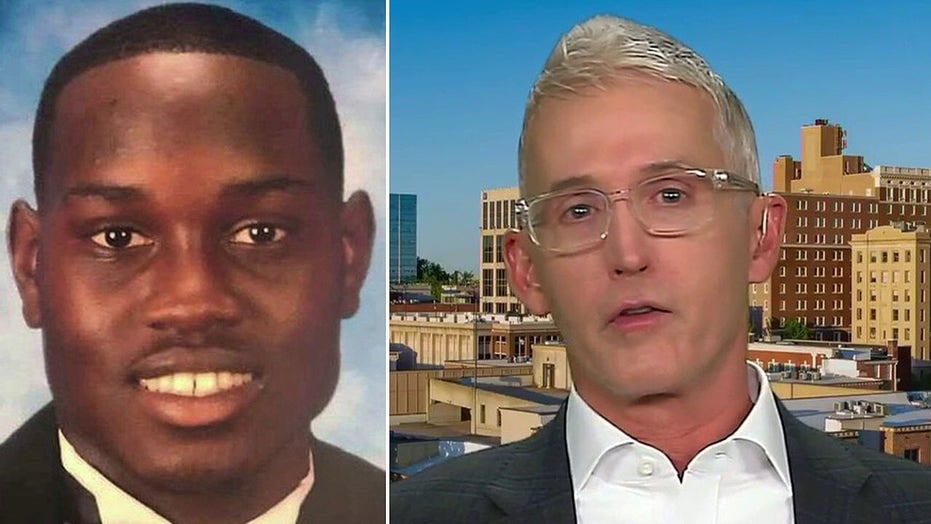 "I guess my first question would be, why did it take the video [becoming public]?" Gowdy asked host Dana Perino. "If you have someone who is jogging, who is unarmed, who is shot and killed by officers who aren't officers -- they aren't even law enforcement officers -- why did they take video?"

"It makes me think back to the shooting in Charleston, where the police officer said he was acting in self-defense and then the video came out," said Gowdy, referring to the April 2015 shooting death of Walter Scott in North Charleston, S.C.

In that case, Officer Michael Slager claimed he was acting in self-defense until cell phone video emerged that showed Slager shooting Scott in the back. Slager pleaded guilty to a federal charge of depriving Scott's civil rights under color of law and was sentenced to 20 years in prison in December 2017.

"I think what people of color want to know is, 'Where is the justice before it’s on video?" Gowdy continued. "Because most of this stuff is not on video."

Gowdy said neither Travis nor Gregory McMichael would testify before the grand jury.

"It’s a pretty low evidentiary threshold [for an indictment], it’s probable cause and it's nowhere near enough to get a conviction," he said. "But that's all it takes to get an arrest. You can indict anything you want to indict so I will be watching what this specially appointed prosecutor does."