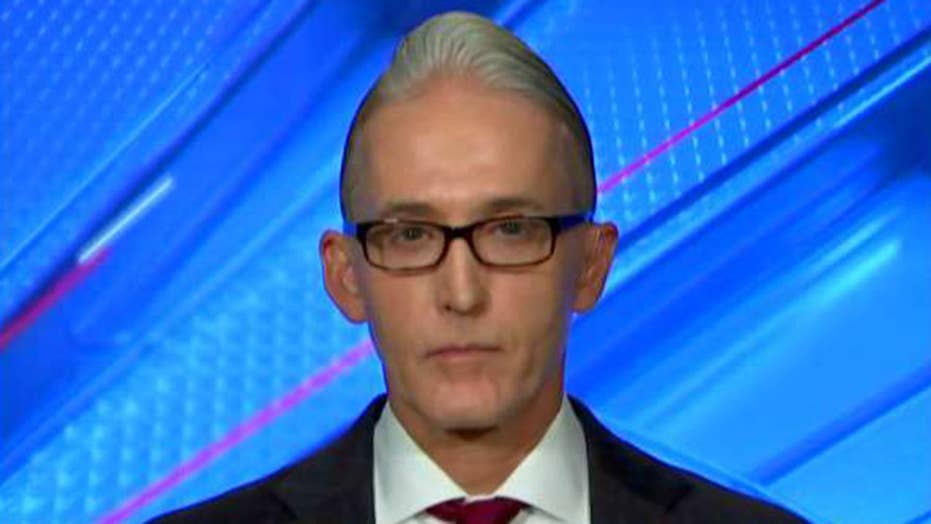 Gowdy on Schiff's interaction with the whistleblower

Former U.S. Rep. Trey Gowdy blasted House Intelligence Committee Chairman Adam Schiff, D-Calif., saying Schiff made himself a "fact witness" with the revelation that his office had contact with the Trump-Ukraine whistleblower.

"Right now he's made himself a fact witness," Gowdy told "The Story with Martha MacCallum" on Friday. "He is in the evidentiary chain for what happened with this whistleblower and I hope the Republicans make him testify."

Gowdy also mocked Schiff for being awarded “Four Pinocchios” by the Washington Post on Friday, claiming he hadn't told the truth about his knowledge of the whistleblower.

Schiff has played a leading role in investigating the Trump-Ukraine scandal but hasn’t been truthful in the process, according to Washington Post fact-checker Glenn Kessler.

The former congressman from South Carolina called Schiff a "career offender" when it came to the truth and asked how long House Speaker Nancy Pelosi would put up with Schiff.

"The same guy that had the parody a week or so ago, the same guy that says he has evidence that even [former Special Counsel Robert] Mueller couldn't find," Gowdy said. "The question I had is, How long is Speaker Pelosi going to put up with Adam mishandling this investigation?"