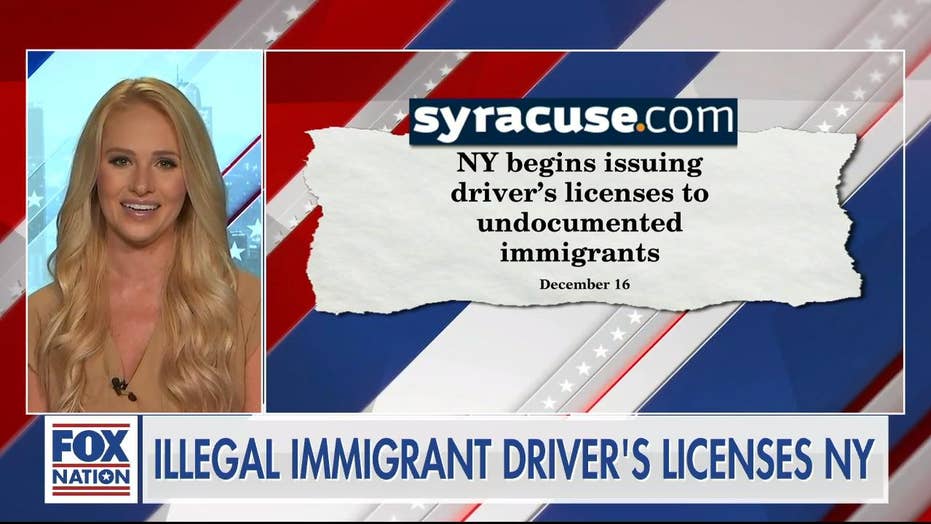 "If you’re an American or a legal immigrant this should tick you off and if it doesn’t, you’re either not paying attention --  or worse --  you've allowed the garbage illegal-immigrant cheerleading from the Left to corrode your good sense. Either way, wake up," " Lahren said on her Fox Nation show "Final Thoughts."

"What message are we sending? Come here illegally, remain here illegally and instead of paying the consequences, our government will rubber-stamp your illegal activity and hand out perks, like driver’s licenses? That’s essentially aiding and abetting illegal activity, or at the very least, encouraging more of it," she added.

New York State leadership passed the Driver's License Access and Privacy Act, which allows any person over 16 years of age to apply for a state driver's license regardless of U.S. citizenship status. The law made its official debut Monday, causing an influx of people to flood DMVs across the state.

The new law allows those applying for licenses who do not have a U.S. Social Security number to use other forms of ID such as passports, licenses and birth certificates issued by other countries to obtain a license in New York under what's known as the "Green Light Law." Applicants must still obtain a permit and pass a driver's test before receiving their IDs, which cannot be used for federal purposes. The Green Light Law is supposed to make tasks like commuting, grocery shopping and medical appointments easier for non-U.S. citizens.

Blasting the Democratic leadership in the state, Lahren alleged that the law will allow illegal immigrants to "take advantage" of current U.S. immigration policies. 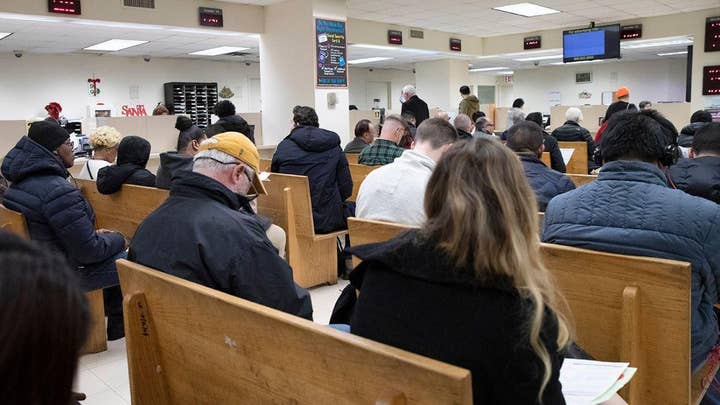 Pointing to video footage that showed long lines outside several New York DMV offices, Lahren doubled down in her criticism of the law and warned of potential ramifications.

"And," Lahren continued, " if New York is anything like California, those illegal immigrants applying for driver’s licenses may also be 'accidentally' placed on the voter rolls," she added, referring to The Motor Voter program launched in California in 2018 which automatically registers eligible voters when they visit the DMV.

"Yeah, you’d think 'eligible' would mean 'citizen' but shocker,  the DMV reported making 105,000 registration errors in the months after the program began," Lahren explained.  "And how does our state make sure illegals and non-citizens aren't placed on voter rolls? Well, not much since the voter registration database doesn’t include official citizenship documents. Instead, applicants simply have to affirm they are eligible under penalty of perjury under the laws of the State of California.

"Wow, sounds full-proof, huh? New York, way to go," Lahren concluded, "you’re following in California’s footsteps which may be great for those Democrats looking to bolster their voting block but does nothing to preserve the integrity of our border, our immigration laws, or our nation as a whole."