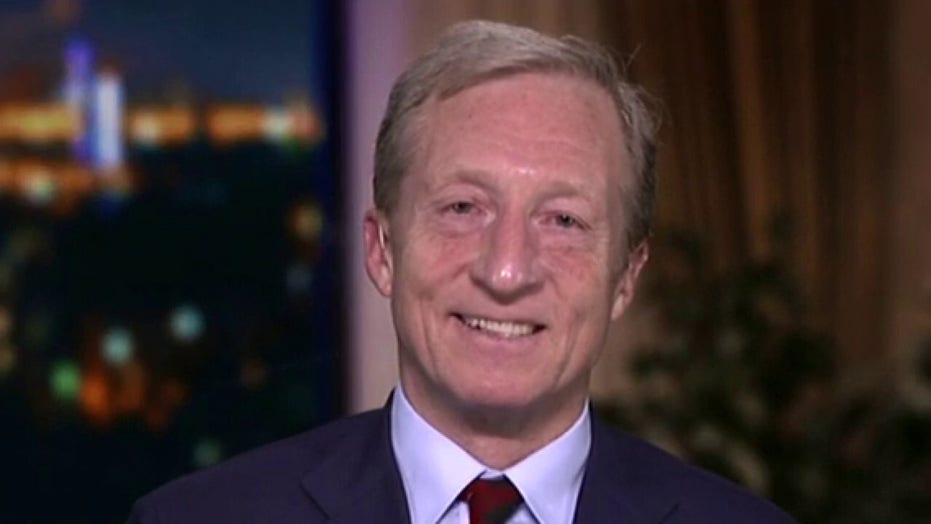 Steyer: Institutional politicians, like Biden, think they own the minority vote

Democratic presidential candidate Tom Steyer weighs in on his 2020 competition and calls for him to drop out.

"I've spent more time in South Carolina than any other candidate, I've been on the ground talking to people. And there it is, Joe Biden saying [I'm] cutting into the African-American vote," Steyer said on "The Story with Martha MacCallum". "The implication is that he owns the African-American vote. He doesn't have to earn it, but it's something that institutional politicians from Washington, D.C. somehow own. That's ridiculous."

BIDEN CLAIMS RUSSIAN BOTS WERE ATTACKING HIM ON FACEBOOK

Steyer was reacting to Biden's response to a question on CBS News' "Face the Nation" Sunday about his current standing in South Carolina following a poor showing in Saturday's Nevada caucuses.

"What's happened is you have Steyer spending hundreds of millions, tens of thousands of dollars, millions of dollars out campaigning there," Biden said. "And so I think a lot's happening in terms of the amount of money being spent by the billionaires to try to cut into the African-American vote."

"Let's be clear. That is insulting because the implication is that African-American voters aren't out there listening to candidates, listening what they have to say, trying to figure it out," Steyer said. "That's actually what they are doing. That's why I've loved South Carolina, is actually being here and talking to those people about what's going on here."

Steyer also ripped President Trump's record on the economy, in particular for Latino and African-American voters.

MacCallum pressed Steyer on the topic, pointing out that recent polling says people think they are better off under the Trump economy.

"That is a series of people repeating what Mr. Trump is saying," Steyer responded, "and nobody's pushing back."