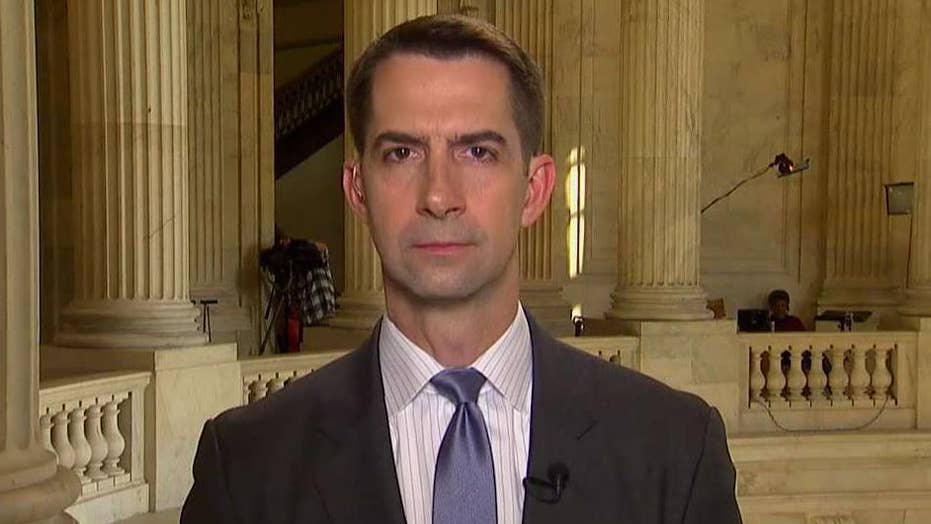 If the Mexican government can't protect U.S. citizens in Mexico, the U.S. may have to take matters into our own hands, says Arkansas Sen. Tom Cotton, Republican member of the Senate Armed Services Committee.

Sen. Tom Cotton said on Wednesday that Monday's massacre in Mexico, in which nine Americans were gunned down, could warrant aggressive retaliation from the U.S. military forces.

“In the real world, when the bad guys and cartels have .50-caliber machine guns, the only answer is more bullets and bigger bullets. And if Mexico can’t protect American citizens in Mexico, then we may have to take matters into our own hands,” Cotton, R-Ark., told “The Daily Briefing with Dana Perino.”

A suspect was arrested Wednesday near the Arizona border with Mexico in connection with the deaths.

The victims’ convoy came under fire in an ambush by gunmen believed to be affiliated with a drug cartel in Mexico. 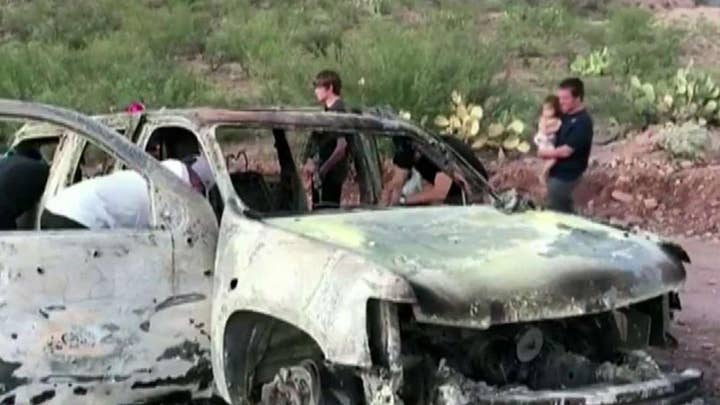 The Agency for Criminal Investigation said in a statement on Facebook that a suspect was found in the town of Agua Prieta -- across the border from Douglas, Ariz. The suspect was holding two hostages who were bound and gagged inside a vehicle.

All the victims were believed to be members of the extended LeBaron family, who live in a religious community in La Mora, northern Mexico -- a decades-old settlement in Sonora state founded as part of an offshoot of the Church of Jesus Christ of Latter-day Saints.

“Our special operations forces were able to take down [ISIS leader Abu Bakr] al-Baghdadi in Syria a couple of weeks ago, they did it to Usama Bin Laden in Pakistan eight years ago, I have every confidence that if the president [Donald Trump] directed them to do so, they could impose a world of hurt on these cartels a few dozen miles away from the American border,” Cotton said.

Cotton also said that another option would involve the increase of penalties and sanctions on the cartel organizations as they are designated “transnational criminal organizations” by the U.S. government.