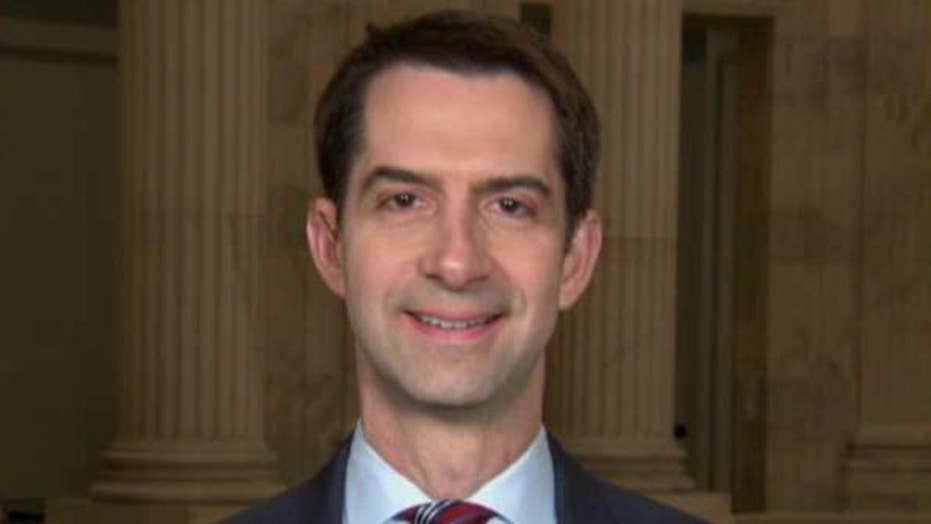 Cotton: Democrats repeating themselves because they can't prove their case

Sen. Tom Cotton, R-Ark., who was required to sit through the entirety of Wednesday's marathon Senate impeachment trial session, noted how senators are only allowed milk or water on the Senate floor.

Until 1966, senators were only allowed to drink water on the floor of the chamber. That year, Senate Minority Leader Everett Dirksen, R-Ill., asked the presiding officer if he could summon a page to bring him a glass of milk.

"Is it in violation of the Senate rules if the senator for Illinois asks one of the page boys to go to the restaurant and bring him a glass of milk?" Dirksen asked at the time. The presiding officer allowed the motion.

Cotton told "The Ingraham Angle" that at one point during Wednesday's session, he chose to forgo water and drink the rarely-chosen milk. 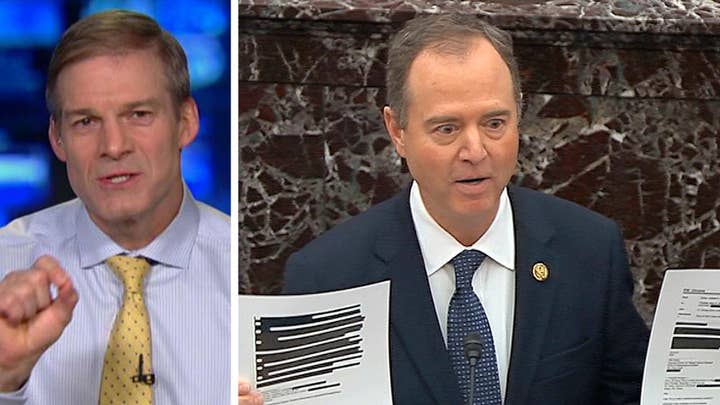 He joked with host Laura Ingraham that he had to be careful to keep his milk pure so as not to upset Lead Impeachment Manager Adam Schiff, D-Calif.

"I guess I could've put some vodka in it -- minus the Kahlua -- that would've been a White Russian," he said.

"But I think Adam Schiff might've accused me of collusion if I would've had a white Russian to drink."

Some Republicans have criticized Schiff in the past for repeatedly claiming President Trump colluded with Russia to win the 2016 election.

Almost immediately after Chief Justice John Roberts gaveled in Wednesday's session, bored and weary senators started openly flouting some basic guidelines. The Associated Press reported that a Democrat in the back row leaned on his right arm, covered his eyes and stayed that way for nearly a half-hour, and some lawmakers openly snickered when Schiff said he'd speak for only 10 minutes.

"I do see the members moving and taking a break," freshman Rep. Jason Crow, D-Colo., one of the House prosecutors, said mid-speech at the center podium. "I probably have another 15 minutes."

"You just have to stretch and you just got to stand. Those chairs, they look nice, [but] they are not comfortable chairs," Sen. Lisa Murkowski, R-Alaska, said of the restlessness while Schiff spoke.

Schiff, chairman of the House Intelligence Committee, suggested at one point that military aid to Ukraine was essential so the U.S. would not have to fight Russians at home, as soldiers did in the videogame "Call of Duty: Modern Warfare 2."