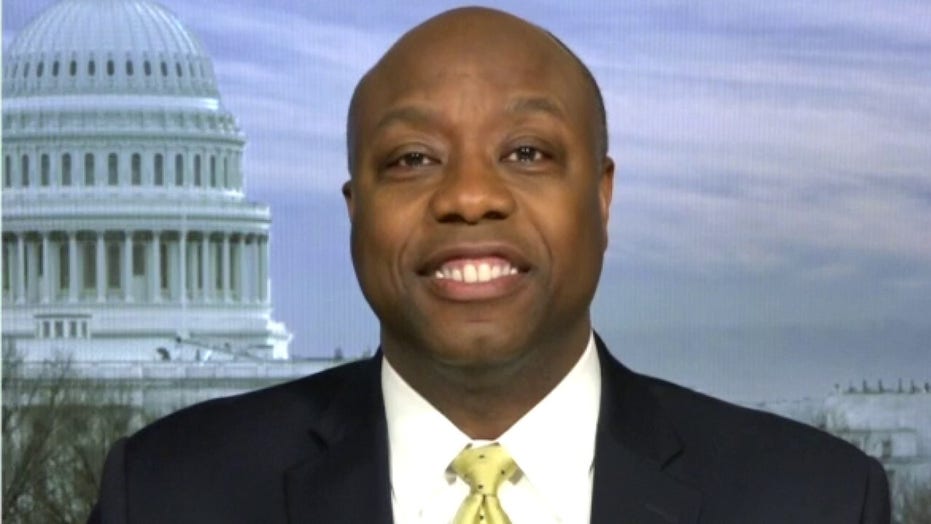 Republican Sen. Tim Scott says that while there are aspects of the stimulus bill that need questioning, the good outweighed the bad in the end.

Sen. Tim Scott appeared on “Fox & Friends” Thursday to explain the rationale behind his and other senators' objections to certain components of the massive $2 trillion coronavirus stimulus package passed the day before by the Senate.

“Bottom line is that the good in the bill outweighed the bad," the South Carolina Republican said, before pointing at what he called a "bad" provision in the bill.

The concern from Scott, as well as Sens. Lindsey Graham, R-S.C., Ben Sasse, R-Neb., and Rick Scott, R-Fla., was that the bill could pay workers more in unemployment benefits than they'd make in salary: a $600 per week payment on top of ordinary benefits that are calculated as a percentage of income.

SEN. MAGGIE HASSAN: CORONAVIRUS AND MY FAMILY -- WHAT IT MEANS TO BE HIGH RISK FOR COVID-19

Scott said that senators objecting to the coronavirus relief bill want to make sure that Americans are “whole" as they remain unemployed, not getting a raise.

“That would be unfair to all Americans who are working and we believe in this country in the dignity of work,” Scott said.

Scott said the "50 percent raise" given to Americans due to the coronavirus shutdown was the part of the bill that needed to change. Scott also said that there was an amendment of that measure that failed.

“Overall, there is more good in the bill than bad, but there are parts and aspects of this bill that we should be questioning,” he said.