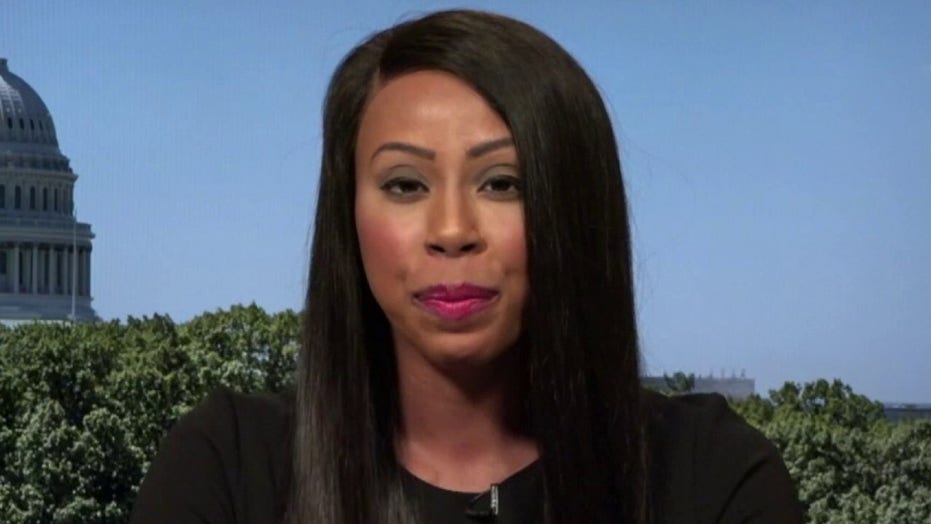 GOP congressional candidate Kimberly Klacik joins 'Fox Report' to discuss her endorsement from President Trump and her push to victory in a heavily Democratic district in Maryland.

A combative interview between the hosts of The View and GOP congressional candidate Kim Klacik went off the rails after the Baltimore native called out Joy Behar's past use of blackface.

The exchange began when Klacik was asked about President Trump's admission to veteran journalist Bob Woodward of wanting to "downplay" the severity of the coronavirus early on and was asked by Sara Haines if the downplaying of the disease "cost lives."

"First of all, I think that we didn't handle the pandemic as a country great as a whole," Klacik said. "This is why I talk about bring the biotech industry right back to the Baltimore city port. We've allowed a lot of jobs and manufacturing to go overseas thanks to NAFTA in the Bill Clinton administration and that's why [Trump's] pulling it back. Had we had that medical equipment industry here, we probably would have been more equipped to better handle the pandemic."

Behar, however, wasn't satisfied with her response.

"Excuse me, I have to say something to you," Behar pushed back. "He told Bob Woodward that it was a very serious issue and it's airborne and that it was terrible. And then he went out and told the American people, 'Don't wear masks, it's all going to go away.' You have to put some blame on your president. I'm sorry, you're putting it on something extraneous here. Talk to the point, please."

"Is this Joy speaking?" Klacik asked.

"Is this the same Joy that paraded in blackface not too long ago?" Klacik then followed. "C'mon, Joy, I don' think you should be asking these questions."

"That's not true!" Behar exploded as the congressional candidate continued speaking. "Excuse me, excuse me! The Black community had my back! They know that that was not blackface, that was a homage!"

"The Black community has my back, too!" Klacik shot back.

"Can we all be respectful please?" Meghan McCain is heard asking.

As Klacik attempted to rebut Hostin amid the shouting, Behar quickly wrapped up the interview and thanked the Maryland candidate for appearing on the show.

This wasn't the first time Behar was called out on "The View" for wearing blackface. Last year, Donald Trump Jr. also lambasted the liberal co-host for the offensive costume she had worn decades ago at a Halloween party.

“We've all done things that we regret. Joy, you have worn blackface," Trump Jr. said at one point during the contentious segment. "Whoopi, you said that Roman Polanski… it wasn’t 'rape-rape,' when he raped a child."

Goldberg snapped back: “Now that you’ve broken this piece of ice, because I guess it is the fight you wanted…are you questioning my character?”

“I’m not questioning your character. I’m talking about, you’re questioning my father’s character and I say we all have done and said things,” Trump Jr. said before being interrupted by Goldberg.

In 2019, footage of Behar dressed up what she described as “beautiful African woman” was resurfaced by TheWrap amid a series of blackface scandals making national headlines.