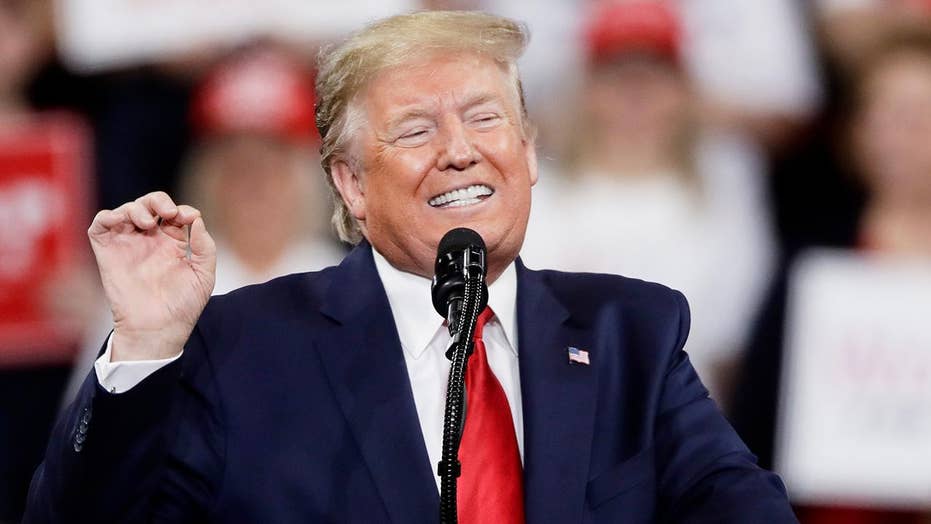 The chairman of the House Judiciary Committee said the president of the United States needed to be impeached because of “equal justice under the law…And when the chief law enforcement officer trivializes, ignores, shreds, minimizes the sanctity of the oath, then justice is wounded, and you're wounded, and your children are wounded.”

The House majority leader said the president had to be impeached because of a “serious transgression,” which is that “he took an oath to God to tell the truth, the whole truth and nothing but the truth.”

But a leading congressional ally of the president called on America to “wake up,” saying “they are about to impeach our president” and “reverse” the election. “They are about to discard your votes.'”

The year was 1998. The Judiciary chairman was Henry Hyde and the majority leader Dick Armey, both Republicans. The Hill ally was Democrat Robert Wexler. And the rhetoric surrounded the impeachment of Bill Clinton.

Now, it seems, the roles are reversed.

With the Judiciary Committee moving toward the inevitable impeachment of Donald Trump after a vitriolic 14-hour debate forced a delay until Friday, the parallels to what happened 21 years ago are less than exact. But both were basically party-line exercises, and it’s hard to avoid the conclusion that most Democrats and Republicans have simply switched sides.

The Judiciary panel has held so many hours of hearings this week that the lawmakers kept recycling their favorite phrases and sound bites. Even journalists who cover the proceedings found their eyes glazing over.

Jerry Nadler’s committee didn’t so much conduct a debate as stage a marathon of dueling speeches, often squabbling over process rather than the details of the impeachment articles. Nadler, by the way, said during the Clinton impeachment that “some members of the Republican majority…have never accepted the results of the 1992 or 1996 elections.” Sound familiar?

One difference this time is that most Republicans aren’t giving an inch, while many Clinton-era Democrats criticized his conduct. “The behavior of the president in this matter was deplorable,” said Tom Daschle, then the Senate Democratic leader, and deserves punishment, but “we cannot allow any president—Republican or Democrat—to be forced from office by a party-line vote in the House of Representatives.”

Which is exactly what Daschle’s party is trying to do now.

To be sure, it’s hard to compare the accusations against Clinton—that he lied to a grand jury about his sexual relationship with Monica Lewinsky—to the allegations that Trump tried to pressure Ukraine into announcing an investigation of Joe Biden and his son. But the level of partisanship is no less intense. (Thirty-one House Democrats ultimately broke with their party in supporting at least some articles against Clinton.)

The intense schedule of Nadler and Schiff hearings don’t seem to have helped the Democrats. If anything, public support for impeachment is slipping.

In some surveys a few weeks ago, support for impeaching and convicting Trump had reached as high as 50 percent.

The Washington Post reports that House Democratic leaders are bracing for defections—perhaps half a dozen or more—among moderate members in swing districts—who are worried that the hearings haven’t boosted support for impeachment. Some are considering covering themselves by backing only one of the two articles. This would have symbolic importance, but Nancy Pelosi can afford to lose 17 votes, so no one doubts the full House will vote to impeach next week.

When the House impeached Clinton, he was somewhat remorseful.

“These past months have been a torturous process of coming to terms with what I did,'' the 42nd president said. “'I understand that accountability demands consequences, and I'm prepared to accept them. Painful though the condemnation of the Congress would be, it would pale in comparison to the consequences of the pain I have caused my family. There is no greater agony.'”

Don’t expect a note of contrition from Donald Trump, who has constantly attacked the whole process as a witch hunt.

But Trump, like Clinton, is virtually certain to be acquitted by the Senate. Clinton wound up more popular, which, even all these years later, should make Democrats nervous.