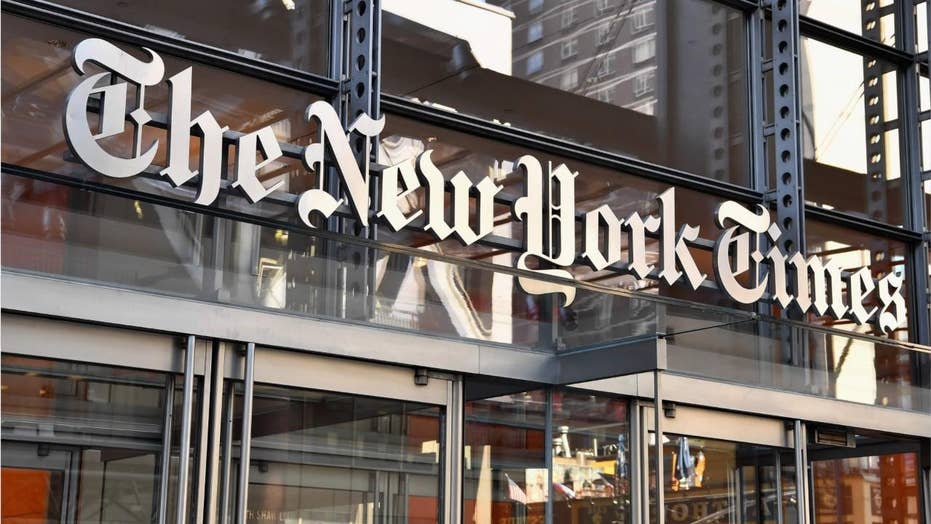 The New York Times says TV stations should end the tradition of airing the national anthem, claiming it could trigger viewers who hear ‘political overtones.’

The New York Times poo-pooed the long-standing tradition of television stations airing the “The Star-Spangled Banner” because some night owl viewers could be offended by the “politically charged” national anthem.

The piece, written by culture reporter Julia Jacobs and published Wednesday, is headlined “Local TV Revives a Bygone Tradition: Airing the National Anthem,” and declares that the song can “be a dividing line” for some Americans.

The Times noted that “one of popular culture’s generational divides” is whether or not you are old enough to remember the days when “The Star-Spangled Banner” aired on television stations. The national anthem was historically played late at night, going back to the advent of television, typically amid visuals of patriotic imagery before the station signed off until the next morning.

“Now, the early morning hours are filled with rebroadcasts and infomercials, eliminating any practical reason for a formal sign off,” the Times wrote.

Some stations have revived the tradition but the Times wrote that some viewers “might hear political overtones” as a result. Gray Television, CBS and Nexstar Media Group have led the way, with the National Anthem now played on more than 350 stations across America, according to the Times.

“The decision to revive the anthem tradition comes at a time when overt allegiance to ‘The Star-Spangled Banner’ has become one of the lines that separate blue and red America,” the Times reporter wrote.

“Should it shock anyone at this point that the New York Times is trying to get people to be outraged at the airing of the National Anthem?"

Former NFL quarterback Colin Kaepernick famously began kneeling during the anthem back in 2016 to protest racial issues. The polarizing move angered veterans and was criticized extensively by President Trump, while Kaepernick emerged as hero of the far left.

San Francisco 49ers outside linebacker Eli Harold (58), quarterback Colin Kaepernick (7) and free safety Eric Reid (35) kneel in protest during the playing of the national anthem before an NFL game against the Arizona Cardinals at Levi's Stadium in 2016. (Kirby Lee-USA TODAY Sports)

“Television executives were explicit in saying that playing the national anthem regularly had nothing to do with the kneeling controversy,” the Times reporter wrote before adding that some feel support of the “politically charged song” has become a “loyalty test.”

“It is somewhat provocative to bring the anthem to the fore in a new way at a moment of tension in this country,” University of Michigan professor Mark Clague told the paper.

“It’s inspiring that local news is returning our National Anthem to an important place in our culture. It’s astonishing that The Times would see that as a bad thing,” Media Research Center vice president Dan Gainor told Fox News. “But if you pay close attention to the story, the paper admits that the left, including journalists, doesn’t like the national anthem. That shows exactly who and what they really are.”

The paper admits that television executives haven’t heard many complaints and feedback has been “overwhelmingly positive,” but that tidbit is buried roughly 1,400 words into the story.

Political satirist and author Tim Young told Fox News that this story “truly reveals the mindset” of the Gray Lady.

“Should it shock anyone at this point that the New York Times is trying to get people to be outraged at the airing of the national anthem? Their piece is written as if viewers should be skeptical of every element of the song and accompanying video,” Young said. “They don’t like America and its anthem and they want you to dislike it as well.”

Young added that people “have the option to move to Canada, where they alter their anthem in line with their social justice wokeness” if the “The Star-Spangled Banner” is so offensive.

“It's only a short drive from The Times’ New York City headquarters,” Young said. “In the span of a week, the Washington Post calls a terrorist psychopath a 'religious scholar' and the Times is upset about the national anthem being played. These are supposed to be America's top two news publications, and they seemingly hate America.”