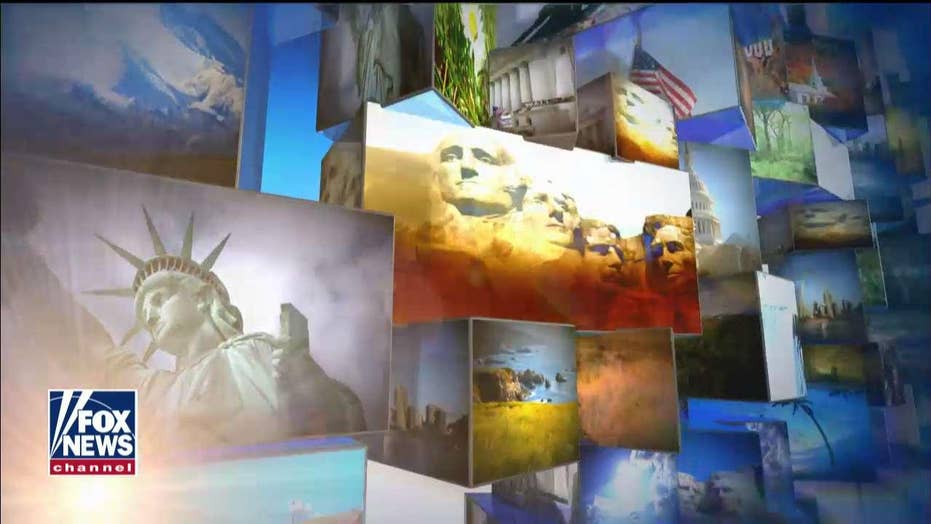 Ventriloquist Terry Fator said Saturday that he was pulling the president's puppet from his Las Vegas act because he wants everyone to enjoy his show.

Fator, who won America's Got Talent in 2007 and thereafter had an 11-year residency at The Mirage Hotel, appeared on "Fox & Friends: Weekend" with host Pete Hegseth.

During the interview, he explained he created a puppet of Trump at the time he announced his candidacy at the beginning of the 2016 election.

Comic ventriloquist and impressionist Terry Fator performs with his President Donald Trump puppet during his show at The Mirage Hotel &amp; Casino on March 12, 2018 in Las Vegas, Nevada. (Getty)

"And I, like most of the people, didn't think he was going to win. And, I was a supporter. I thought it would be great to get a businessman to be the president. It'd be wonderful," he said.

"You didn't create me. I created me," the president's puppet retorted.

"Okay, whatever," Fator shot back. 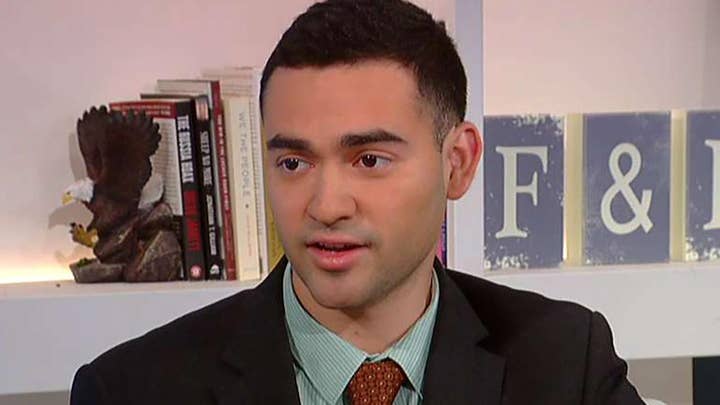 "This was me making the decision because I had always said I don't want to be political," he told Hegseth.

"It got to a point where you'd just see people tense up when I would bring him out," he continued. "It's a joke!"

"As a conservative, I don't get my feelings hurt when you make fun of...my side. I did an Obama joke that was completely and totally innocuous, it was not political, and I'm telling you the press in Vegas went crazy," Fator continued.

Earlier this week, the Las Vegas Review-Journal reported that the Mirage asked him to make the change to avoid escalating the political divide.

“They said, ‘This political season is very, very, very rough and it’s going to get nastier. Would you mind?’ I said, ‘Fine, I’ll do it,’” Fator told the Review-Journal.

Fator said the hotel has never asked him to make a change in his show before.

"When they ask politely, I do it,” he said. “We have a good relationship. It’s a give and take. I’m not a diva. I’m not going to go off and say, ‘Screw you’ when they ask me to do something."

He subsequently clarified, however, that the Mirage did not ask him to remove the puppet, but he did so a few months ago in his "ever-evolving changes to [his] show."

“It was a miscommunication between my team and me, where someone from my team said they thought the Mirage would be happy if the show were less political,” Fator told the Review-Journal Monday. “The Mirage didn’t ask me to make any changes to my show.”

While Trump is gone from Fator’s upcoming Christmas show, “A Very Terry Christmas 2, The Sequel,” and the regular show for the foreseeable future, the performer plans to use the commander-in-chief in a series of Instagram and YouTube videos. Along with a puppet version of Bernie Sanders, puppet Trump will host a variety show à la Donny and Marie Osmond.

Hegseth asked the president's puppet how he felt about no longer being a part of the show.

"I've been impeached!" the puppet exclaimed.