The DOJ has turned into the attack dogs for the White House: Ted Cruz

Sen. Ted Cruz, R-Texas, said the Department of Justice and the FBI have been used by the Biden administration to target political opponents on 'Jesse Watters Primetime.'

Sen. Ted Cruz, R-Texas, blasted the DOJ and FBI Wednesday on "Jesse Watters Primetime" for allegedly politicizing their institutions and becoming an "attack dog" of the Biden administration.

TED CRUZ: Well, unfortunately, we have seen the Department of Justice and the FBI and our intelligence agencies deeply politicized and deeply corrupted. I listened to your opening monologue and I agree with you. It is a tragedy, and it is dangerous. I have actually got a brand-new book that’s coming out over Labor Day, and it is on exactly this topic. It is called "Justice Corrupted: How the Left Has Weaponized Our Legal System," and it talks about all of the issues you had in your monologue. It talks about how the Department of Justice has turned into the partisan attack dogs for the Biden White House. They target the enemies, the political enemies of the president, we saw Merrick Garland write a memo to the FBI saying target parents at school boards as domestic terrorists. That is an absolute abuse of power.

The fact that Merrick Garland is threatening to prosecute Donald Trump has everything to say about politics and nothing to say about the Department of Justice or rule of law. You rightly focused on Hunter Biden. I mean, this guy, how many films has he made of himself committing multiple felonies? I have got say, Jesse, if you put out a film with you and a pile of crack and prostitutes, somebody would come knocking on your door, and they would prosecute you. But, if daddy lives at 1600 Pennsylvania Avenue, apparently the criminal laws do not apply. And it is deeply corrosive to our system of justice when the DOJ and the FBI are treated as partisan arms rather than non-partial apolitical enforcers of the law. 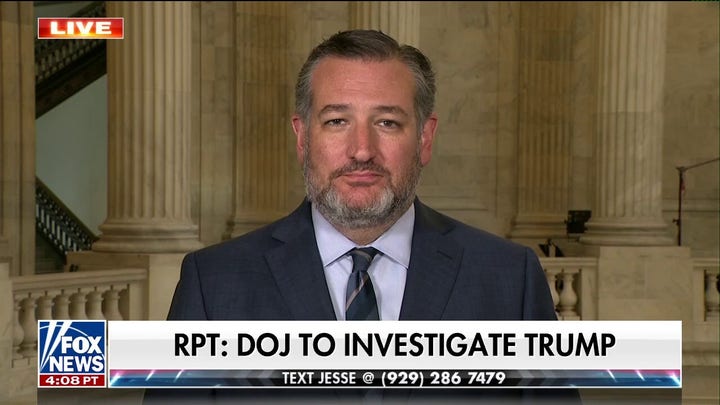