"What you first asked was 'What was she thinking?' She's only thinking of herself," Bruce told "Hannity" guest host Jason Chaffetz. "This is, I think, a very good example -- when we talk about whether it was the memorial or her own comments about Tulsi Gabbard or the nature of others' remarks -- that she's making this remaining obsession. It is what she's always done. It's what politicians who've been running the establishment do."

"They've been the only ones that have mattered. The American people have not," Bruce added.

Clinton indirectly took aim at Trump on Friday during a nationally televised memorial service for Cummings, who had frequently clashed with President Trump.

Comparing Cummings to the prophet Elijah, the Biblical figure for whom the congressman was named, Clinton said to loud applause that “like that Old Testament prophet, he stood against corrupt leadership of King Ahab and Queen Jezebel."

Bruce said Clinton was "out of touch" with Americans and said her comments and the Trump impeachment inquiry were examples that the "system" was shaken up. 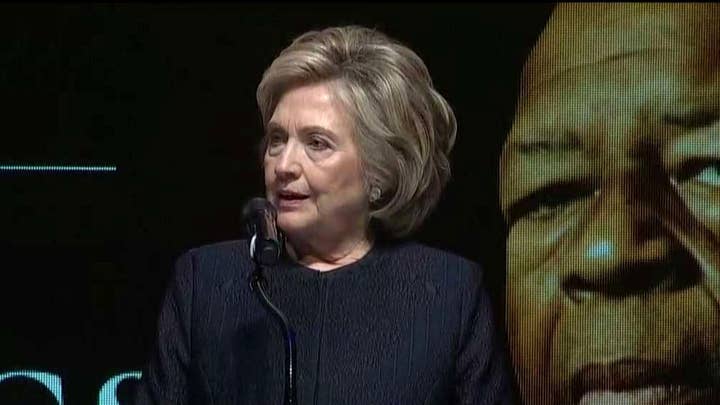 "So this needs to be, and I believe it to be President Trump's election, one signal of a long-term reformation. And it is really this pathological refusal to accept that now the American people have accepted it," Bruce said. "We are going to have another election, which is where we're going to be able to make our choices. But whether it's the impeachment or Hillary's behavior, you're seeing a level of confusion and collapse throughout the system."