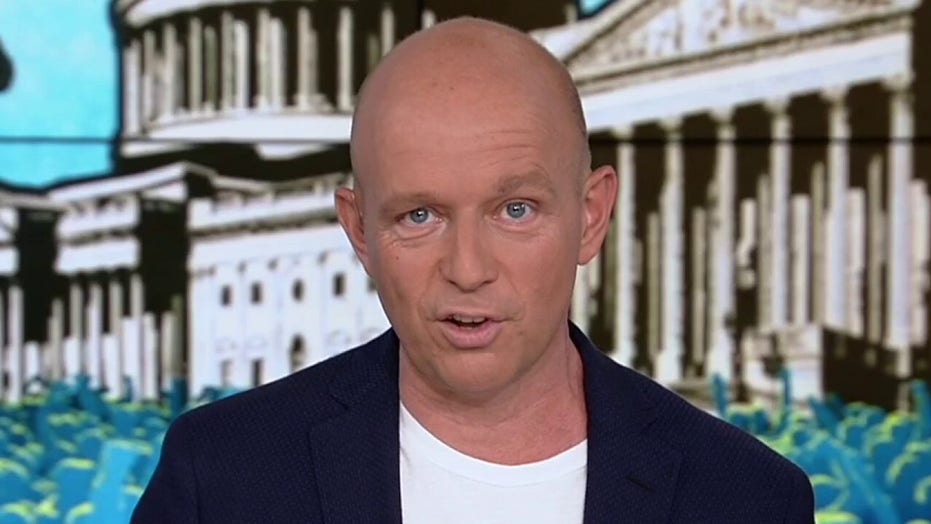 Blue collar boom vs. socialism or the swamp

President Trump inheriting a good economy from Obama era policies is a lie.

Steve Hilton spent much of his opening monologue Sunday slamming Democrats and the media, saying they've been stoking the flames of coronavirus panic with the country at risk of a "catastrophic overreaction."

"Of course, no one should minimize it, and we must do all we can to stop preventable deaths -- but it seems to me that we’ve got a bunch of people in leadership positions in the media and business and Congress who are running around maximizing coronavirus without a thought for the harm they may be causing," Hilton said on "The Next Revolution."

Hilton pointed to a recent statement from a U.S. health official who asserted that over 85 percent of those infected will experience mild to no symptoms.

"This is yet another example of an arrogant ruling elite with no understanding of or empathy for how precarious the lives of the poorest Americans are."

"By the way, that is an actual public health official. Trump said literally the same thing and the idiots in the ruling-class state TV go nuts," Hilton said.

He continued, "The virus is here. It's going to spread. The vast majority of people who get it won't even know. As Dr. [Anthony] Fauci said today, we know who is at risk: the elderly and those with underlying conditions. For God's sake, let's put our efforts into protecting them."

Hilton emphasized that "draconian restrictions" were justified "only for the elderly and vulnerable," and called for the implementation of safeguards for high-risk communities.

"Stop this wild, reckless overreaction based on panic, not science."

"Get hospital ICUs and ventilator capacity ready. Take extra steps to protect nursing homes. Make sure no one is put off from being seen by a doctor over fears of the cost," he went on, "but stop this wild, reckless overreaction based on panic, not science."

Pointing to the cancellation of the South by Southwest (SXSW) media and music festival, which had been scheduled for later this month in Austin, Texas, Hilton criticized city officials and others calling for employees to work remotely to minimize the spread of the virus.

SXSW CANCELLED DUE TO CORONAVIRUS CONCERNS

"These people canceling South by Southwest, telling people to work from home... they're not going to suffer. The people who will be really hurt are the workers in the hotels, the bars, food trucks. Who is going to take care of them while the tech workers lounge around at home ordering Uber Eats on their stupid iPhones?" Hilton said. "This is yet another example of an arrogant ruling elite with no understanding of, or empathy for, how precarious the lives of the poorest Americans are. We need to have this discussion openly."

Hilton said it boiled down to a "trade-off between a potentially pointless effort of containment and the lasting pain it would cause for the poorest Americans."

"That's what President Trump has been doing," he concluded.

"That's what [Trump economic adviser] Larry Kudlow is doing. They are 100 percent right -- we don't need panic, we need to be positive and practical."