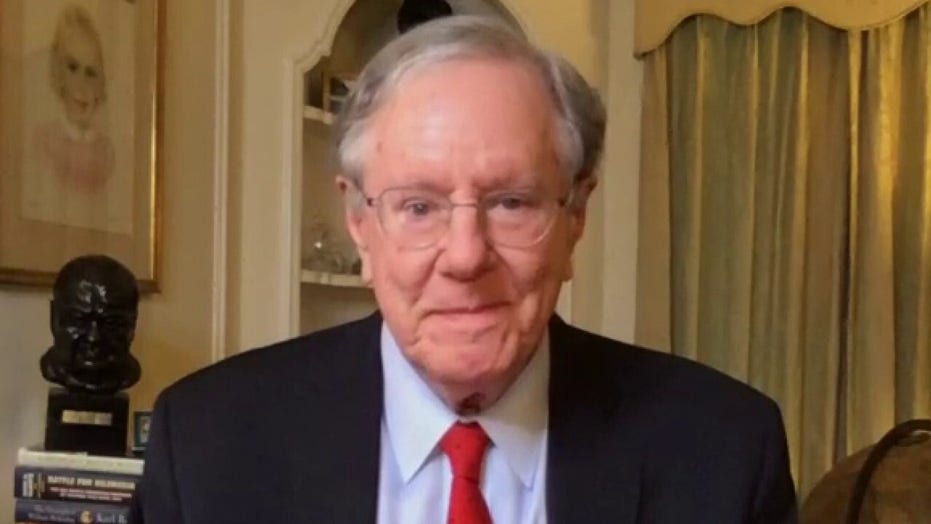 Steve Forbes: If you take a sledgehammer to the US economy it will take time to come back

Steve Forbes, chairman and editor-in-chief of Forbes Media, reacted Friday on "The Ingraham Angle" to U.S. unemployment climbing as coronavirus spreads and its effects on the economy if the shutdown continues.

"[The] devastation is going to be very real. You've already saw in that 10 million [unemployment] number in the last two weeks. That's going to get worse," Forbes told host Laura Ingraham. "In effect, we've done the economic equivalent of a medical shutdown of the economy -- a coma, induced coma."

Forbes called for ramped up testing in order to help the economy.

"So this gets to where economics and health care intertwine, and that is we have to massively step up the testing. For example, [Abbot] laboratories, has a test that can tell you in five or 15 minutes whether you have this horrific disease," Forbes said. "They've only produced 5,000 kits. They should be producing 50,000 a day. They should be licensing and the government should push them to do it. Other manufacturers we should be doing not 100,000 tests a day for a country our size, experts tell me we should be doing at least 500,000 a day to find out who already has immunities."

"We've got to do massive testing so by the end of April we can have large parts of this economy starting to function again," Forbes added.

Forbes also said media opposition to hydroxychloroquine, an anti-malaria drug that President Trump has supported as a coronavirus treatment, was largely steeped in anti-Trump sentiment.

"The real push [against] hydroxychloroquine is the fact that Donald Trump liked it. If Donald Trump said the sun came up in the morning, they'd say, 'Oh no, that's a Chinese lightbulb in the sky. It just is perverse."

Forbes argued that another stimulus won't fix the problem and that the economy needs time to recover.

"If you take a sledgehammer to the American economy, it's going to take time to bring it back. It'll recover quickly," Forbes said. "As long as we have a benign environment which gets to the election, hopefully next year we'll have that benign environment. Then you'll really see things really start to turn."