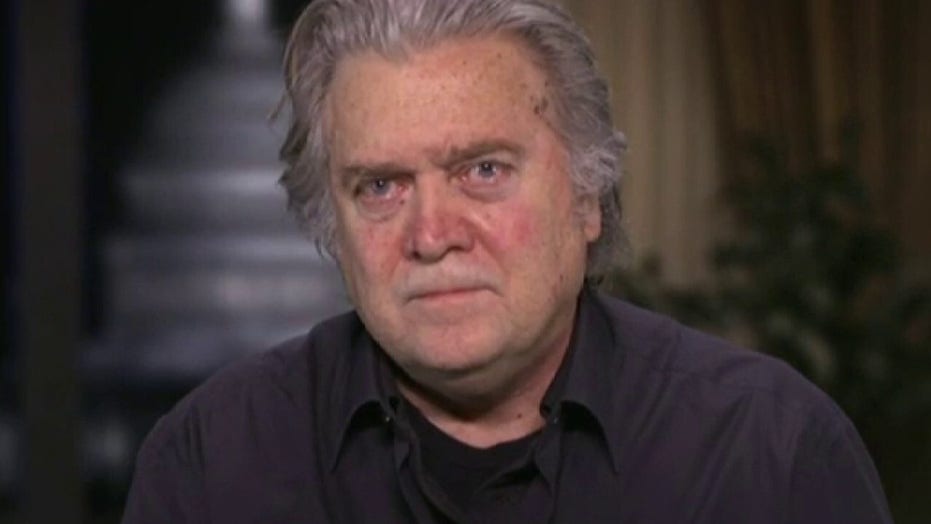 Steve Bannon on holding China accountable for COVID-19: 'This is a fight for freedom'

Former White House chief strategist Steve Bannon sounds off on taking on the Communist Party of China on 'Watters' World.'

"We have to have the stomach for this fight, and I think we do. I think it’s very clear: This is a fight for freedom," Bannon said of the U.S. confronting China for its lack of transparency ahead of and during the pandemic. "Remember: The Chinese people are the innocent victims."

The former White House official blasted China, accusing its government of hiding important facts regarding the origins of COVID-19.

"The Chinese Communist Party knew in late December that they had human-to-human transmission and community spread. They hid it. They hid it from the World Health Organization, who did a terrible job," Bannon said. "The World Health Organization tweeted out on January 14th: 'After consultation with senior medical officials and the Chinese regime, there’s no human-to-human transmission.' The Chinese Communist Party knew it."

Beijing’s ambassador to the United Kingdom said Thursday that the Chinese government has been “transparent, open” and “very quick” in its response to the coronavirus outbreak.

Bannon also accused China of hoarding personal protective equipment (PPE) and using it to leverage other countries during the pandemic.

"They went around the world and vacuumed up all the PPE, knowing that they would need it -- and later they could use it as leverage against countries," Bannon added.