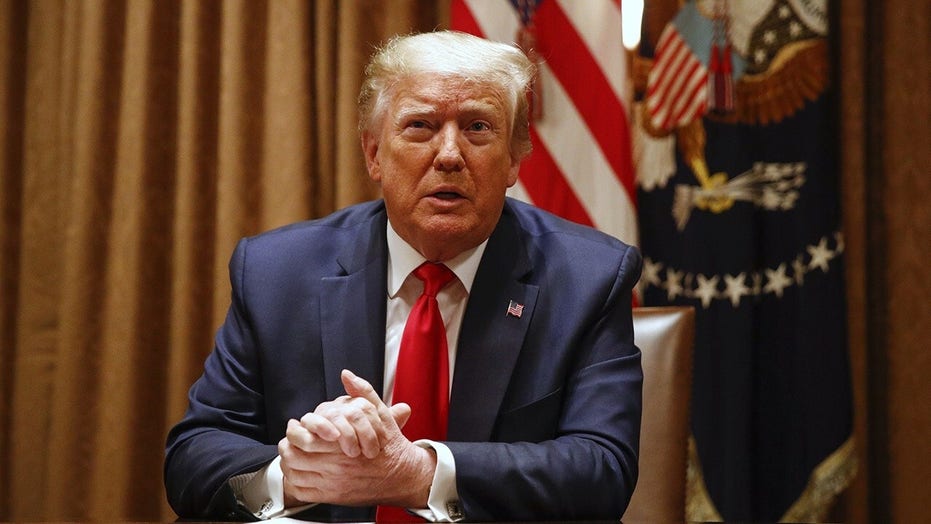 Former Georgia lawmaker Stacey Abrams told "The View" on Thursday that President Trump wouldn't rename military bases because he wants to hold up Confederate figures and others who engaged in what she called domestic terrorism.

"The View" co-host Joy Behar had asked Abrams about the White House's decision not to rename military bases named after Confederate figures.

"Why is he doing that?" Behar asked. "We know he's appealing to his base. Is there any other reason why he would be doing something like that?"

JOY BEHAR WALKS BACK CRITICISM OF TRUMP AS A 'DOMESTIC TERRORIST'

"Because it's part of his narrative," Abrams responded, "to continue to lift up those who were strongmen, who used their domestic terrorism to rip our nation apart."

Abrams added that Trump "and his ilk" were "trying to turn our identities into weapons against us, instead of seeing it as ways to serve us."

"It flows through how we run our elections, how we issue resources, it's part of how they treated the Census, and it's part of the resistance to acknowledging that this nation has a problem with systemic racism," she said.

Her comments came amid ongoing protests surrounding George Floyd's police-involved death and opposition to the idea of public property bearing the name of Confederate figures. Before Abrams' interview, Behar called Trump a "domestic terrorist" but walked it back after being prompted by co-host Whoopi Goldberg.

Trump had accused Washington state of not doing enough to counter "domestic terrorists" in Seattle, a label "The View" hosts said was inappropriate.