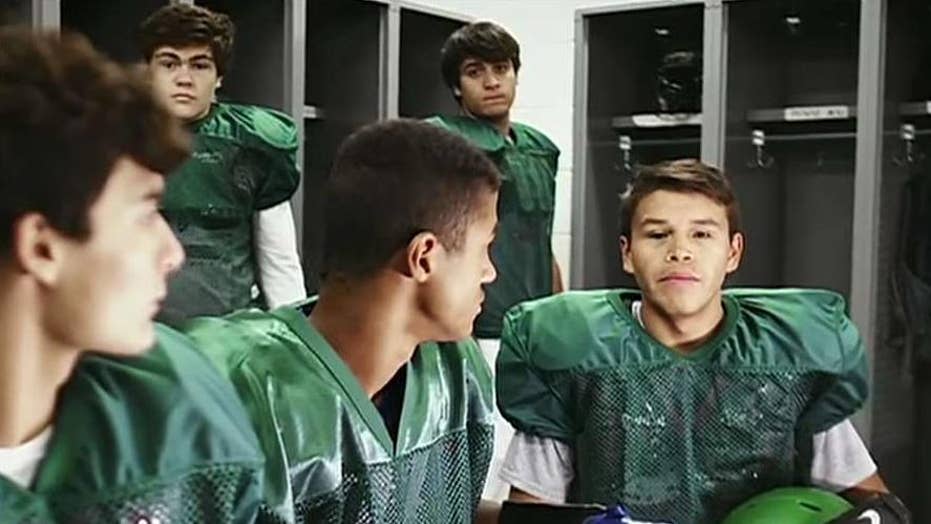 South Dakota Gov. Kristi Noem says the 'provocative' campaign is meant to get people talking about the meth crisis.

Appearing on "Fox & Friends" with host Ainsley Earhardt, Noem said that one of her first pledges as governor was to "tackle the difficult challenges in our state and one of them is [methamphetamine] addiction."

She told Earhardt that South Dakota has "double the national average of middle schoolers in our state that are using meth."

"It is impacting every family. It's clogging our courts and our jails, costing the state hundreds of millions of dollars...And this ad campaign is to get people talking," she explained.

Broadhead Co., the Minnesota-based ad agency that created the tagline, was paid near $500,000 for the $1.4 million campaign, which featured people saying, "Meth, I'm on it," in coffee shops, and on a football field.

However, some online were not as enthusiastic about the campaign as Noem.

One person tweeted, "Is South Dakota trying to advertise meth?"

Another wrote, "The only way to explain South Dakota's new anti-Meth ads is that everyone involved in their creation is on meth."

Noem shot back in defense of the campaign: "Hey Twitter, the whole point of this ad campaign is to raise awareness. So I think that's working... #thanks #MethWeAreOnIt."

"When we put this together and worked with people in South Dakota and throughout the state to really message this. We knew it would be provocative," she explained. "We wanted people to start talking about meth in a way that they never had before and we need every single person in South Dakota to get on this challenge.

"With the southern border being the way that it is -- being porous -- we have a lot of meth moving into the country and through our state. And, it is something our communities have been dealing with for a long period of time," she added.

The campaign is expected to run through May and include a website, billboards, and television. Gill justified the price paid to Broadhead Co. by saying meth addiction in her state is a "huge issue."

The state has seen an uptick in meth use by 12- to 17-year-olds in the last year that is double the national average. From 2014 to 2018, the number of people in the state seeking treatment for meth addiction has doubled.

"People that are joking about this obviously are not watching the ad campaign, they're not watching the commercials, and they don't have anybody in their life that they're dealing with," she said. "So, this is really something that people need to take seriously and I encourage them to go to the website."