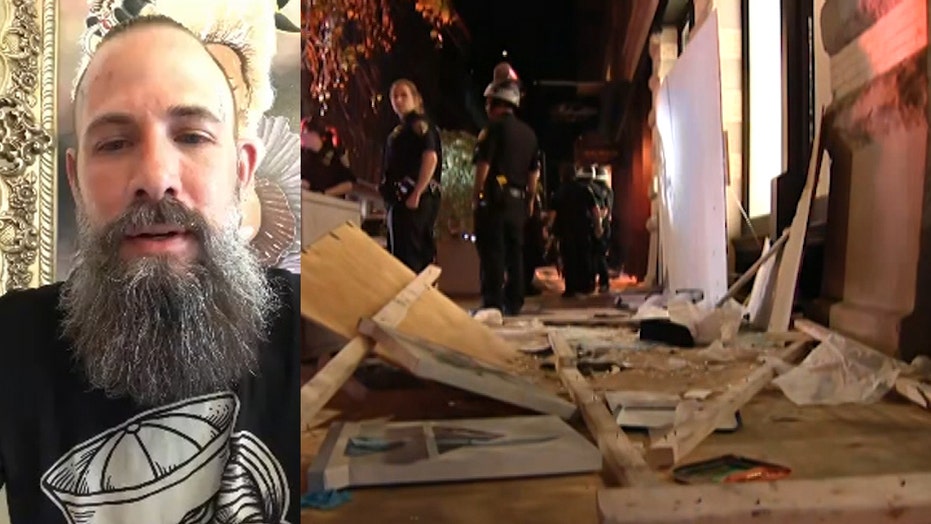 Jason Ackerman, general manager and tattooist at SoHo Ink in NYC, discusses finding his shop destroyed after it was looted by rioters.

Over the past week, cities across the United States have had peaceful protests in George Floyd’s honor but some violent clashes and looting have happened. New York City and iconic neighborhoods like SoHo experienced some of the damage.

Jason Ackerman, general manager and tattooist at SoHo Ink, saw firsthand what occurs when these protests are hijacked by people for their own purposes.

“It was just kind of mayhem. It was like out of a movie. It was really, really surreal. It was sad. It was sad to watch,” Ackerman told Fox News.

Early Sunday morning Ackerman received a call from his landlord telling him his tattoo parlor had been broken into. He arrived to a smashed-in door, shattered display cases and a store stripped of tattoo ink, clothing, and petty cash.

To fend off lingering looters, Ackerman hired a private bodyguard to stand outside SoHo Ink as he boarded his shop up with plywood.

When asked if the NYPD ever got involved, Ackerman said he saw hundreds of officers roaming the city, but none seemed to be doing anything to stop the property destruction.

“There were hundreds of cops driving around, they wouldn't get out of the cars at all. Literally, I did not see a single cop on the ground. It was just them driving. They would drive by somebody going into a store, stop for a second and keep going,” he said. “I don't think that's right. I'm a small business, between the coronavirus and this now, it really hurts me.”

While Ackerman says he is fully in support of the anti-racist movement sparking the nationwide protests, he does not think these violent acts should be ignored.

“I'm not angry at all with the protesters. I think what they're doing is amazing and beautiful. The looters, they're just lawless thugs. They are the people that I'm angry at. They're unfortunately getting lumped in with this movement,” he said.