Slate podcast host Mike Pesca has been handed an "indefinite suspension" after sharing his opinion about the controversy that led to the ouster of veteran New York Times reporter Donald McNeil Jr.

Defector reported on Monday that Pesca, who hosted Slate's daily podcast "The Gist," was suspended. The report cited an internal memo from Slate CEO Dan Check, which referred in turn to a conversation that took place last week on the common workplace chatroom app Slack.

In that forum, Pesca and his colleagues discussed McNeil's exit from the Times after it was revealed that he had used the n-word while leading an educational trip in 2019. McNeil, while offering an apology, explained that his use of the word came during a discussion about the word itself and was not meant as a pejorative.

According to Defector, the conversation explored whether McNeil's use of the n-word was justified, as well as whether White people are allowed to say the word in certain contexts.

Pesca suggested that McNeil, the star Times science reporter covering the coronavirus outbreak, should not have been fired, writing: "McNeil’s journalism made the Times more valuable to more Americans than having ousted him in 2019 would have."

"My points are his internal conduct was in a grey area, you guys don’t think it was," Pesca told colleagues who pushed back at his defense of McNeil. "Here’s my position. Expressing the views, not the word, the views he did on that trip are not fire-able. Worthy of a talking to or a ‘What are you doing as a representative of the Times, Don?’ But nothing requirement [sic] much angst among management or staff? Or no? – should the Times discipline staffers who question the idea of White Supremacy or who express retrograde ideas on mass incarceration?"

He continued, "The question is: Is an out loud utterance of that word, in a work environment, fire-able, censurable, etc ... Even as a point of clarification to a question exactly about the use of that word. I thought not necessarily ... McNeil was originally disciplined in 2019. Just a little while later society seems to have rendered a different verdict."

Slate staff writer, Rachelle Hampton, who is Black, slammed Pesca's comments, writing, "Feel like it’s weird that everyone’s dancing around the point that working in an environment where [W]hite people feel empowered to say the n-word in service of whatever argument they want to make is incredibly hostile for [B]lack people."

Pesca later clarified, "I don’t think it’s proper to use it in casual conversation and I’m in no position to tell Black NY Times workers that they shouldn’t be worried it’s going to pop out of a colleague’s mouth at some point. If you want my opinion it’s that there are some limited reasons why a non African American journalist or professor to use the word when conveying a quote in the name of clarity or factualness […] But it’s not a comfortable point to even pursue right now. If I had the opposite opinion I know a hundred ways I could make the opinion I actually have seem horrible and racist, and you know what, maybe it is."

Slate employees told Defector they felt "outraged" toward Pesca's comments, with one of them saying, "I cannot believe I had to watch him enthusiastically provoke people on whether or not it is appropriate to use a racist slur."

Another told Defector, "I don’t want to be in a workplace where people feel emboldened to have this argument. People’s humanity is not an intellectual debate."

The next day, Slate editor-in-chief Jared Hohlt wrote in Slack that he did not want such an argument to be made again, writing, "While we are a workplace where people argue about things all the time, it’s also a workplace where we must think very hard about the lived experience of colleagues whose experience is different than ours."

On Friday, Hohlt announced that Pesca had been placed on a one-week suspension, which was later upgraded to an indefinite suspension.

A spokesperson for Slate told Fox News, "While I can't get into specific allegations that are under investigation, I can confirm this was not a decision based around making an isolated abstract argument in a Slack channel. After additional issues were raised by staff, we felt it was appropriate to take further action to indefinitely suspend the show pending an investigation." 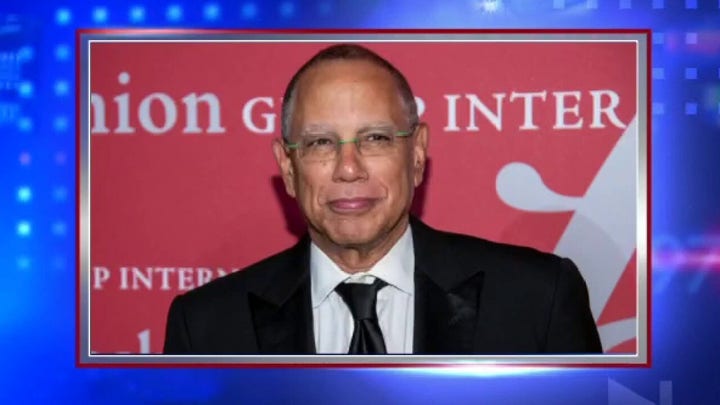 According Defector's report, Slate employees alleged that Pesca himself has a history of using the n-word, including on two occasions in 2019.

"The first incident happened during the reporting of a story. The company was working on a package titled 'The Wokeness Divide,' which was ultimately abandoned. Christina Cauterucci was working on a story about the divide in newsrooms, and as part of her reporting interviewed many members of her own company. Sometime in the early spring, she interviewed Pesca," Defector reported. "In that interview, presumably as an example of how he differed in viewpoint from his more liberal colleagues, Pesca brought up the same argument about whether or not [W]hite people, in some contexts for clarity, should be allowed to use the n-word. Pesca used the actual word during this conversation, and Cauterucci, according to multiple sources, pushed back, asking him if he would have used that word in front of a [B]lack colleague. 'Maybe,' he said back to her."

The other apparent instance of Pesca's use of the n-word was during a podcast recording while tackling the subject of whether it's okay to use the slur in certain contexts.

"The employee who was producing that episode of The Gist was [B]lack, and elevated her concern about the segment to Slate editors. According to multiple sources, the segment never ran, and Pesca re-recorded it," the report continued. "The incident, multiple sources have confirmed, was raised as an HR complaint, and was apparently investigated. Some staffers believe that the HR complaint was raised all the way up to Slate’s parent company, The Graham Holdings Company."

Pesca told Defector, "I have been told by Slate not to discuss this publicly. I’m in a bind because these allegations could cause great reputational damage and they are very misleading and often inaccurate. All I can do is call on Slate to release the full Slack conversation so people can read my words and not hear second hand descriptions of motivations others have assigned to me."