Bravo’s “Watch What Happens Live” host Andy Cohen asked Shepherd for her thoughts on a variety of topics related to the daytime gabfest, which she co-hosted from 2007-2014. One of the questions was about Barbara Walters reportedly threatening to fire Behar for “prematurely” telling reporters that Rosie O’Donnell would join the show.

Cohen laughed at Shepherd’s response and quickly moved on to the next question.

'THE VIEW' CO-HOST MEGHAN MCCAIN BLASTS ELLE MAGAZINE: 'I GUESS THIS IS WHY PEOPLE DON'T TALK TO JOURNALISTS' 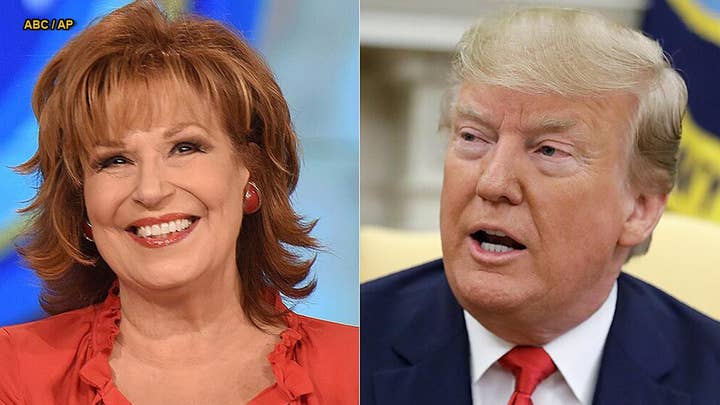 Cohen also asked Shepherd about a variety of behind-the-scenes moments from “The View” that were detailed in Ramin Setoodeh’s recent book, “Ladies Who Punch." Shepherd said she didn’t need to read the book because she “lived it.”

Setoodeh interviewed 150 people for the book, including 11 of the show’s past and current co-hosts over three years. “Ladies Who Punch” details everything from tales of Walters allegedly bullying other panelists to “underlying lesbian undertones” between co-hosts.

GET THE FOX NEWS APP TODAY

Meanwhile, Shepherd joked that Behar doesn’t keep quiet, but her gift of gab has elevated her to new heights during Trump’s time in the Oval Office. Behar attacks the president and his allies on a regular basis with comments that often go viral.