During the Monday event, Ocasio-Cortez attacked billionaires for "taking a billion dollars" "off the backs" of their employees, who she said were "undocumented people," "black and brown people being paid under a living wage" and "single mothers."

"No one ever makes a billion dollars. You take a billion dollars," Ocasio-Cortez said during a discussion with author Ta-Nehisi Coates. "I'm not here to villainize and to say billionaires are inherently morally corrupt. ... It's to say that this system that we live in, life in capitalism always ends in billionaires."

She addressed a hypothetical "widget" manufacturer to further demonstrate her point.

"She suggests that if you're a businessperson, entrepreneur, capitalist, then you don't get to make a profit off of the products in which you have invested and risked," he said. 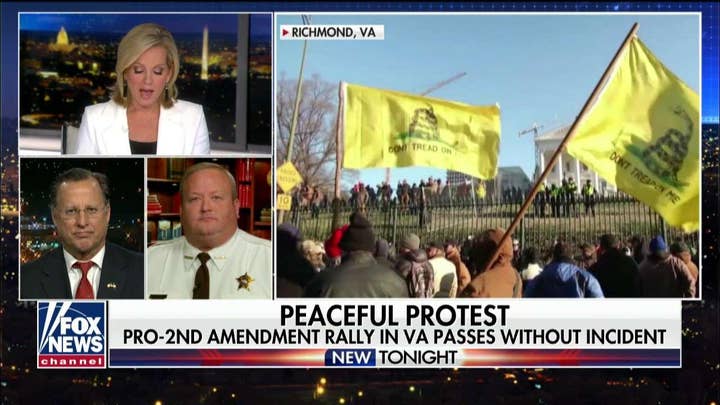 Ocasio-Cortez, who advocates for democratic socialism, also encouraged billionaires to surrender their "control and power" during the discussion with Coates.

"I don't want your money as much as we want your power," she said.

"She [AOC] has not generated a single thing that has done anybody any good for her entire life, except she mixed a few drinks," said Shapiro, in reference to the lawmaker's former career as a bartender. "She has not created a job, she has not run a business ... but she wants the power of people who have done all of that because those people 'didn't create anything ... the only people who created anything was the workers.'"

"For at least hundreds of thousands of years, there have been workers ... people who labor," Shapiro continued, "but prosperity only began when people started investing in the labor of others and engaging in free trade and commerce."

To prove his point, Shapiro noted that the global Growth Domestic Product (GDP) multiplied by 15,700 percent between the years 1800 and 2015.

"And she's sitting here explaining that she wants the power? he asked. "What qualifies this dolt to run anything?"