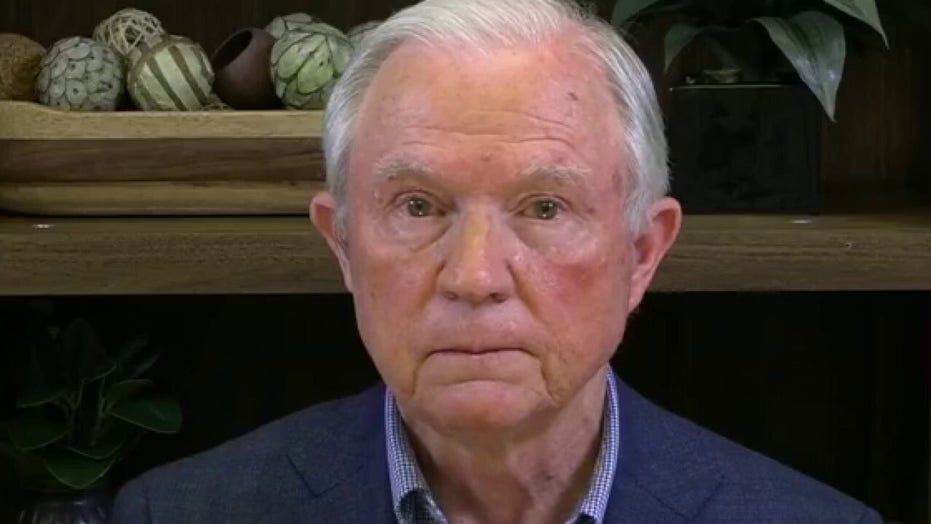 Jeff Sessions says James Comey thought he was 'above the rules'

Former Attorney General Jeff Sessions told "Tucker Carlson Tonight" Thursday that he knew at the beginning of the Trump administration that then-FBI Director James Comey needed to be replaced.

"I think people knew that I felt that he should not continue from virtually day one of the administration," said Sessions, who is running for his old Senate seat in Alabama. "When I was asked by the president about it, it didn't take me 30 seconds to say [that] my recommendation is that he be removed."

FBI DISCUSSED INTERVIEWING FLYNN 'TO GET HIM TO LIE', HANDWRITTEN NOTES SHOW

Sessions was reacting to the release of documents related to the investigation and prosecution of former National Security Adviser Michael Flynn. The documents include handwritten notes, reportedly written by top FBI official William Priestap, suggesting that investigators planned to get Flynn "to admit to breaking the Logan Act" when he spoke to then-Russian Ambassador Sergey Kislyak in December 2016.

"There were a lot of people who did not want him there," Sessions said, adding that, "President Trump liked him [Flynn]. It was his presidency and he got elected, not them."

Sessions went on to slam Comey for taking advantage of the chaos surrounding the transition period to send two FBI agents to interview Flynn at the White House with no notice to the rest of the administration.

"They should have called the ... White House counsel or chief of staff to ask for permission to interview a key member of the president's administration," he said. "Comey just laughs about how he got around that."