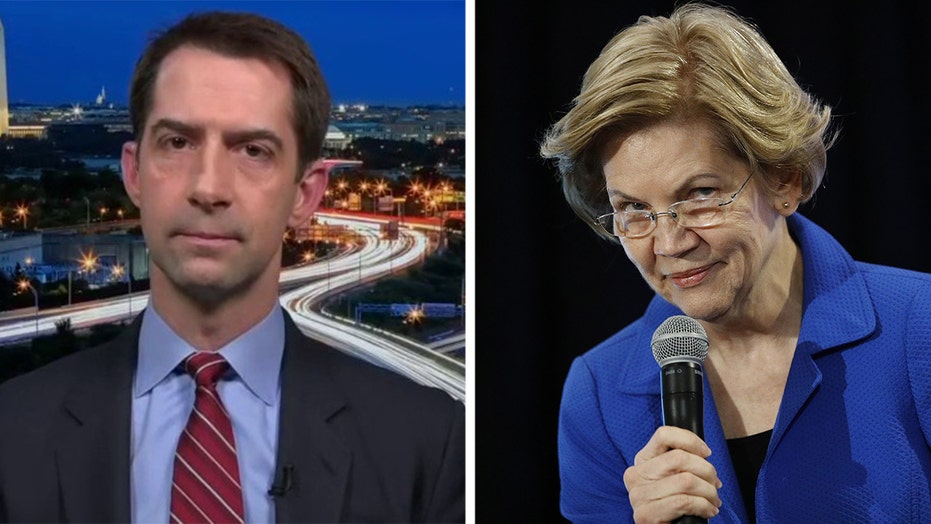 "There's a very simple way to stop this virus from coming into America more than it already has, and that is to stop commercial air travel from the Chinese mainland to the United States," Cotton told host Tucker Carlson. "It's exactly what I've urged the Trump administration to do today with, of course, caveats to make sure that American citizens and their family members can be evacuated and appropriately monitored."

In a letter to members of Trump's cabinet, the Arkansas Republican outlined a four-step plan to contain the disease that has now killed more than 100 people and infected thousands of others.

China has been scrambling to contain the virus, which began in Wuhan and has since infected at least 4,500 people. Wuhan and 17 other cities have been quarantined, impacting up to 50 million people.

"China is not acting right now like a government that has control of this outbreak," Cotton said. "As you mentioned, Hong Kong has slashed travel from the mainland. China currently has more than 50 million of its own people in quarantine. That is more than the population of our West Coast [states] combined. And China has canceled school indefinitely.

"No matter what they say," Cotton added. "China's history and, more importantly, their actions in the last few days tell us that this is a severe outbreak that they do not have close to getting under control yet."