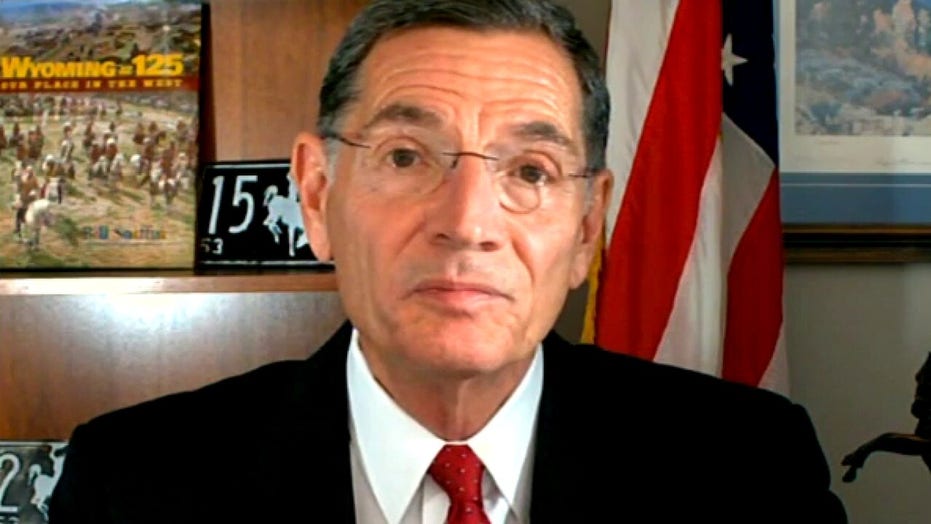 Senate GOP Conference Chairman John Barrasso called on President Trump and his Senate colleagues to summarily move forward on a nominee to replace the late Supreme Court Justice Ruth Bader Ginsburg, warning that whether or not they do so, Sen. Charles Schumer, D-N.Y., and his Democratic caucus will "blow up the Senate" if they take power in 2021.

The senator also said that Rep. Alexandria Ocasio-Cortez's, D-N.Y., presence at a Schumer press conference earlier in the day is more proof she is the "de facto speaker of the House" and is a sign of what is to come in the Democratic Party.

"We're here to protect the rights of women -- their rights to their body, to choose, their rights to health care and equality would go down the drain if that wish were not realized," Schumer said. "A court with a kind of nominee President Trump will choose will undo all of that and not make global warming less likely but more likely and it will come quicker... We do not want to turn the clock back. And we only need two more senators who will abide by RGB's wish. Two said it. We need two more."

Barrasso, R-Wyo., noted on "Fox News @ Night" that when Senate Majority Leader Mitch McConnell, R-Ky., balked at scheduling a hearing for President Obama's 2016 SCOTUS nominee, D.C. Circuit Judge Merrick B. Garland, it was on account of "the Biden Rule."

In 1992, the current Democratic presidential nominee was a U.S. senator from Delaware, who took to the floor and made a speech calling on the legislative body not to hold any potential hearings for nominees offered by then-President George H.W. Bush. 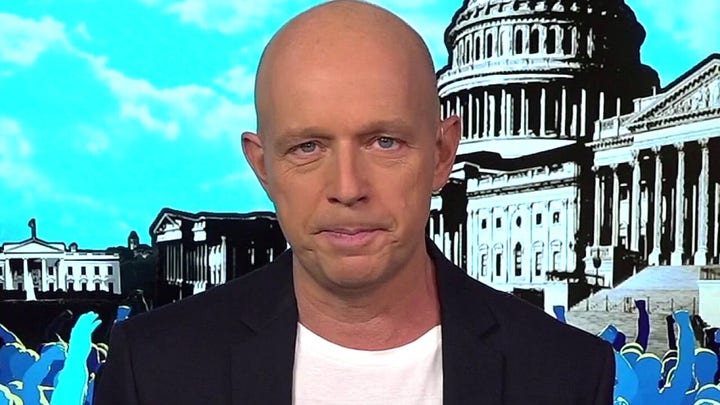 McConnell wrote in a Friday letter that the Biden rule has no effect on a situation wherein both the presidency and the Senate are of the same party. He highlighted how, in 1888, Democratic President Grover Cleveland was the last commander in chief to nominate a jurist during a state of divided government in an election year.

On the "Fox News @ Night" special, Barrasso said that if the Democrats held both the presidency and the Senate, they would not be circumspect and instead rush forward through the nomination process.

"The one question Senator [Benjamin] Cardin[, D-Md.,] wouldn't answer [in the previous block] was what's Chuck Schumer going to do. Let me be clear – he continued – if the Democrats win the White House and the Senate and have the House, they will change the rules and they will blow up the Senate."

"They have an entire war room working on this and they will expand the number of members of Supreme Court regardless of what the Republicans and President Trump do," the Wyoming Republican added.

Schumer said during a Democratic caucus call that "nothing is off the table for next year" if the GOP moves forward with a nominee, a source on the call told Fox News.

To that extent, Barrasso said that Democrats hope to also give the District of Columbia statehood, all but guaranteeing two new Democratic senators — which he referred to as "stack[ing] the Senate."

During the prior interview, Cardin noted, however, that the last time a Supreme Court vacancy occurred this close to a presidential election was 156 years ago.

That year, Chief Justice Roger Taney of Maryland –­­ who led the court during the infamous Dred Scott decision –­­ died with 27 days to go before President Lincoln's reelection bid in 1864.

Lincoln, once having won reelection, nominated his former Treasury secretary, ex-Sen. Salmon P. Chase, R-Ohio, who was confirmed as the next chief justice.