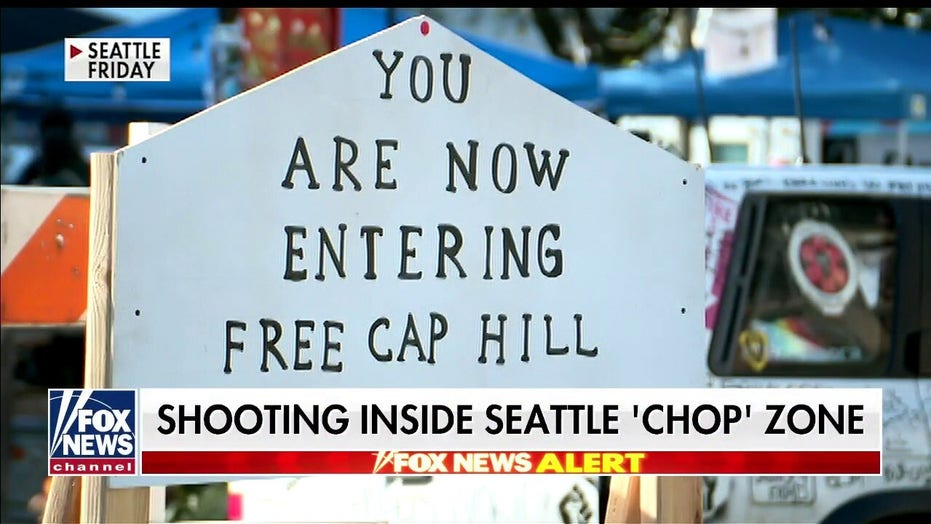 The head of Seattle's police union lamented the lack of "leadership" in the city Saturday after reports emerged that an early morning shooting in the so-called 'CHOP' left one person dead and another in critical condition.

According to The Seattle Times, police homicide and assault detectives are investigating the shooting, citing a post on the Seattle Police Department's blotter.

"On June 20th, at approximately 2:30 AM, East Precinct officers responded to a report of shots fired in Cal Anderson Park," a statement on the blotter said.

"This is inside the area referred to as the Capitol Hill Organized Protest (CHOP). Officers attempted to locate a shooting victim but were met by a violent crowd that prevented officers safe access to the victims. Officers were later informed that the victims, both males, had been transported to Harborview Medical Center by CHOP medics.

"Officers responded to Harborview and were informed that one of the victims, a 19-year-old male, had died from injuries. The other victim, also a male, unknown age, remains in the hospital with life-threatening injuries."

In an interview on "Fox & Friends Weekend" with host Pete Hegseth Saturday, Seattle Police Officers Guild President Michael Solan remarked that it is "no longer the summer of love" like Democratic Mayor Jenny Durkan claimed, but the "summer of chaos."

"Early this morning, that violence was raw and real where one of our community members lost their life and police are still not allowed into that area and were prevented to providing that police service to the area to locate victors and/or render aid. [It’s] very troubling what’s going on," Solan said.

New cement and wood barricades bear the name CHOP, Tuesday, June 16, 2020, inside what has been named the Capitol Hill Occupied Protest zone in Seattle. The city put the barriers in place Tuesday in hopes of defining an area where emergency, delivery, and other vehicles can travel through the area while still preserving space for protesters, who have been there since police pulled back from near the department's East Precinct after recent clashes with people protesting the death of George Floyd.  (AP)

"It can't stand in America, and this is a direct result of city leadership, elected officials failing the reasonable community of Seattle to enforce the rule of law," Solan told Hegseth. "And, this just isn't the area occupied in a six-block zone where police are still forbidden and still don't have their East precinct. This is now impacting our entire city."

According to Solan, the department's West precinct was also defaced with anti-police graffiti overnight.

"And again, we're left wondering what's next?" he asked. "And, now our elected officials have removed our ability to have less lethal chemical munitions that are effective for us to disburse unruly violent crowds to protect those police facilities -- let alone ourselves."

"So, we're in a very, very troubling time in Seattle and it’s deeply concerning that…Everybody across this country needs to be aware of what's going on in Seattle," he urged.

But, as protests have now continued for a month in the liberal Pacific Northwest metropolis, Solan does not yet see a solution or compromise on the horizon.

"Well, you're going to have to have the political backbone to finally enforce the rule of law, because if this continues to spiral down -- which we saw earlier this morning with a homicide -- I don't see what the remedy is," he admitted.

"So, we need leadership now more than ever," asserted Solan. "And, I find it ironic that the same public officials [who] are creating these decisions that put everybody's public safety at risk are now calling out for defunding the police. And, those two aren’t compatible."

"You can’t have 'defunding the police' and better police services because the first thing to go -- as you and I both know, Pete -- is training. And, if you remove the training budget, you remove quality police service," he concluded. "And, we know that separating good cops from bad is all about training."