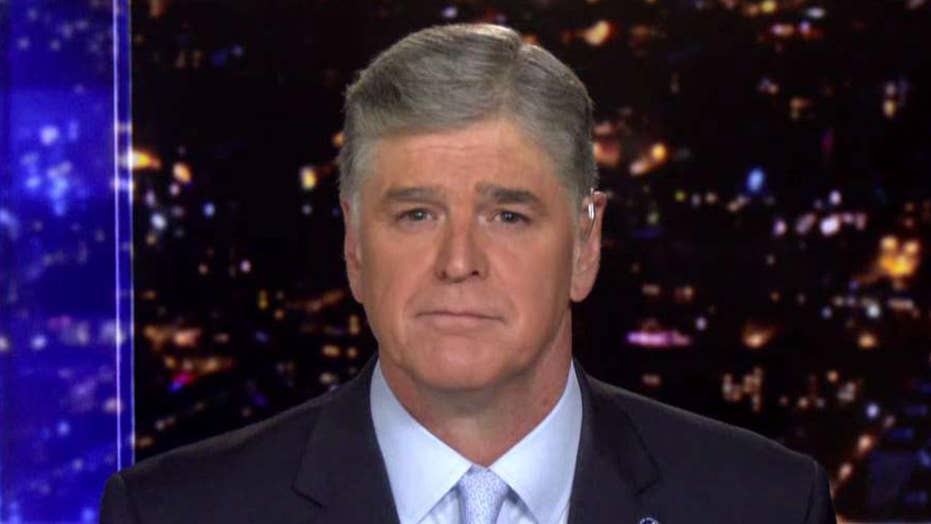 Hannity: Articles of impeachment are an affront to the Constitution

Sean Hannity warned Republican senators Monday night that it is their job only to "render a verdict" in President Trump's impeachment trial and nothing more.

"For those Republicans, the people you've elected, want to prove their own moral superiority and sense of extra special fairness," Hannity said on his television program. "You need to focus on your constitutional role. Period. Which is why the voters hired you."

Hannity spoke directly to his viewers in explaining what he expects.

"Now you, the American people, you need to know this. It is not your Republican senator's job to bolster what are pathetically weak articles of impeachment from the House," Hannity said. "It is not your senator's duty to call witnesses that the House didn't even subpoena. It is not your representative's responsibility to investigate evidence the House neglected to examine. There are no do-overs. The Senate doesn't get to take on the constitutional role of the House.

"Senators review the articles of impeachment. That's it. As delivered by the House. They now have House managers. They will present their case. And your Republican senators need to render a verdict. That's it," Hannity added.

The host warned of the impact the articles of impeachment could have on the future of the executive branch.

"These articles are an affront to our entire constitutional system," Hannity said. "The ramifications would transcend and alter the presidency, the executive branch of our government."

Hannity said Republican senators must not "lend legitimacy" to the Democrats' impeachment push.

"Your elected senators must not capitulate, lend legitimacy to the demands of a compromised, in this specific case, congenital liar whose been lying to us for three years, [Rep.] Adam Schiff [D-Calif.,] and the rest of his malignant house managers," Hannity said. "That's because this is a baseless impeachment. It has been a politically motivated witch hunt from the very beginning."