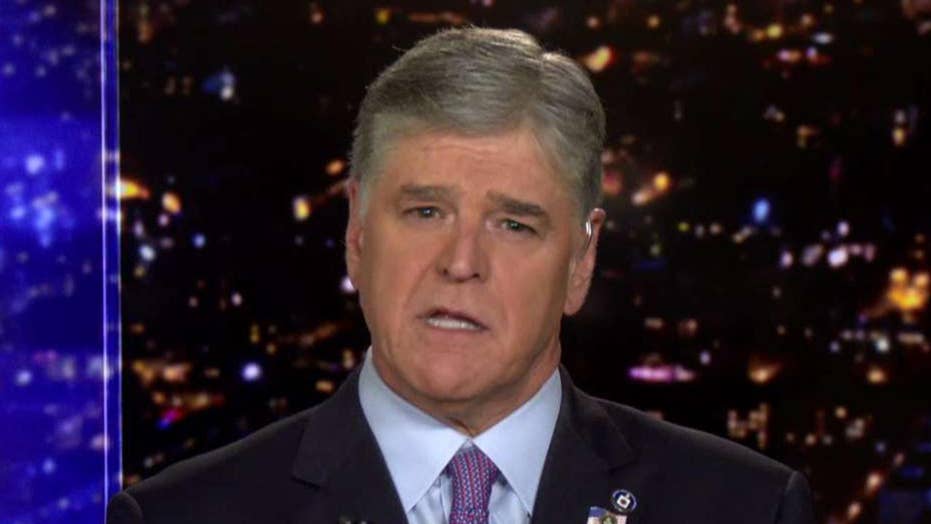 Hannity: The American people are the ultimate jury

Senate trial fails to provide new evidence; real decision will be at the polls.

The host didn't stop there, playing a montage and time-lapse of Schiff reiterating his dislike of the performance.

"He's monotonous, repetitive, boring. For three long, horrific hours he waged the single most crooked, lying, dishonest smear campaign, the likes of which, even for Washington, took my breath away," Hannity said. "He is a national disgrace, a stain on the Democratic Party, a walking, talking, lying con man, a perfect representation of everything that is wrong in the D.C. swamp."

"Every time this man -- for over three years -- has opened his mouth, he's lied," Hannity added.

Hannity then compared the impeachment push by Democrats to "election interference."

"If Democrats are really concerned with election interference... you look no further than in a mirror because the 'Schumer-Schiff sham show' is just their latest attempt to reclaim power at any cost," Hannity said. "They haven't done anything for you, we the people."