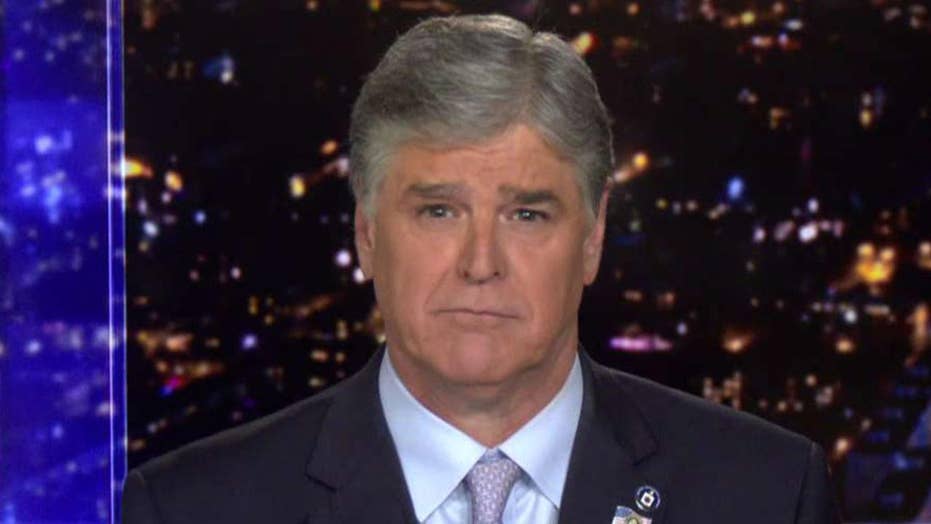 After weeks of stalling, Speaker Pelosi says she's ready to send the articles of impeachment to the Senate.

Sean Hannity criticized House Speaker Nancy Pelosi, D-Calif., Friday and implored Senate Republicans to "do your job" next week, when the impeachment trial of President Trump is likely to take place.

"Before this current month-long pause of urgency, the very dazed and confused Nancy Pelosi, speaker-in-name-only, argued that impeachment was urgent," Hannity said on his television program. "But now, after weeks and weeks of stalling over some fantasy that she's going to actually dictate the Constitution to the U.S. Senate Majority Leader, Mitch McConnell ... Pelosi has given in."

"What have [Democrats] done for three years?" Hannity added. "Nothing."

Pelosi announced Friday that she will take steps next week to send impeachment articles to the Senate after delaying the process in a bid to extract favorable terms for a trial.

"Do your job. Your job is not to undo the mess that they're handing you. Your job is to dismiss it because there's nothing there," Hannity said.  "Do not carry out Nancy Pelosi's bidding, 'the squad's' bidding. That is not your constitutional role, to hold little Adam Schiff's hand and correct all his lies."

The host asked the Senate Republicans to get the procedure over with and focus on issues that affect the American people.

"End the B.S. once and for all," he said. "Get back to working on issues that will impact the lives, the safety, the security, the prosperity, the American people."