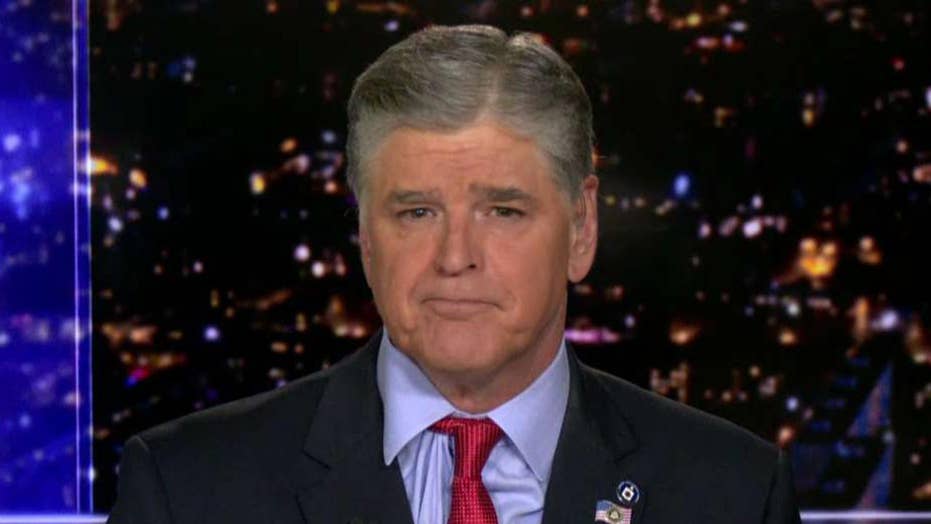 Sean Hannity reacted Monday night to the release of Department of Justice Inspector General Michael Horowitz's nearly two-year review of the origins of the FBI's Russia investigation and the issuance of Foreign Intelligence Surveillance Act (FISA) warrants for a Trump campaign official.

"Premeditated fraud perpetrated repeatedly on the FISA court with all the unverifiable lies from Hillary Clinton's bought and paid for dirty Russian dossier put together by Christopher Steele, who had only one source," Hannity said on his television program. "Nothing but outright lies, corruption, abuse of power, a massive political bias. Admission on multiple occasions of exculpatory evidence. It is now right here in black and white for all to see. Four hundred and thirty four pages, 17 identified significant failures, inaccuracies and omissions."

Hannity called former FBI director James Comey "corrupt" and challenged him to appear on his radio and TV programs.

"As we told you, it was one massive coordinated effort by Comey's corrupt FBI, Comey's corrupt," Hannity said. "And by the way, Jim, come on the show. Oh, you want to go on Fox? Come on the number one show on cable."

The host also defended his reporting on the investigation.

"Everything we have been reporting for years was dead on accurate," Hannity said. "We were right every step of the way."

Hannity called the report the "tip of the iceberg," adding that Connecticut U.S. Attorney John Durham's statement Monday saying that his investigation into the origins of the investigation was drawing a different conclusion from what the DOJ watchdog found.

"Clearly, he is signaling they have found evidence of criminal conspiracy with the intent needed legally to warrant a prosecution," Hannity said.