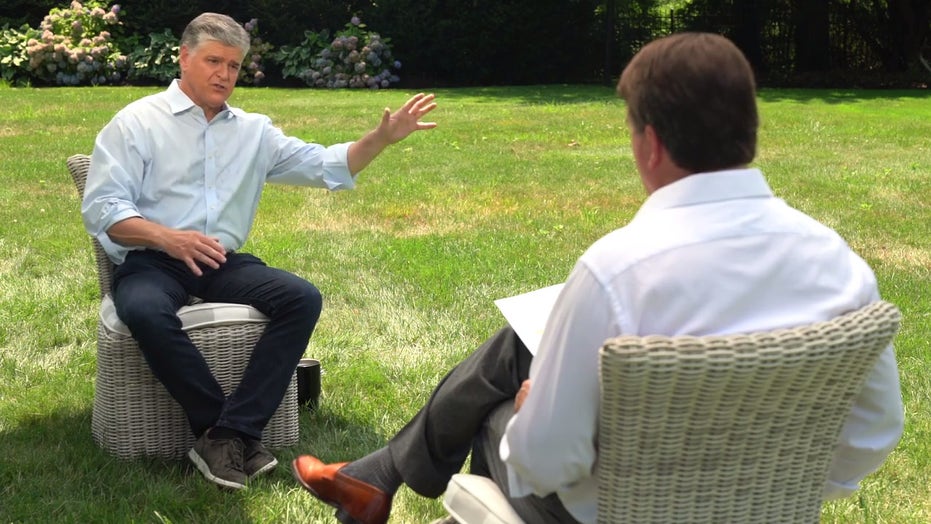 Sean Hannity has never minced words when it comes to what a Joe Biden presidency would mean for the country, but with fewer than 100 days remaining before the November election, the Fox News primetime host is ramping up his warnings in a new Fox Nation special, "Live Free or Die with Sean Hannity."

"Schumer, Pelosi, Biden, 125 [combined] years of failure. If what they are running on is ever implemented, bye-bye American Pie, it’s over," he said. "America as we know it will be changed forever. Irreparable damage will be done if those policies that they’re stating publically are implemented.

"How serious am I?" he emphasized, "Serious as a heart attack."

The Fox Nation special offers viewers a first-person account of Hannity's new book,  “Live Free or Die: America (and the World) on the Brink,” where he discusses the dangers of "the rise of radicals ... the 2020 utopian vision,  the Green New Deal ... 'Bolshevik Bernie [Sanders]'s' economic policies ... and 'Beto [O'Rourke] bozo’s' assault on the Second Amendment."

The book, Hannity said, emphasizes the critical importance of the November presidential election, and explores the Democratic policies that threaten the values and rights enshrined in the American system. 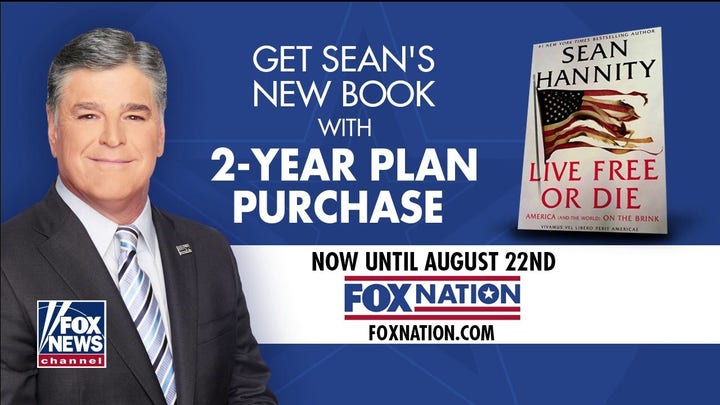 "Republics fail historically," he explained. "America can fail, America as we know it can collapse. The point I'm trying to make is, I go through what has made America, I believe, the greatest country God has given man.

"The answer simply is freedom and liberty, capitalism against socialism, now you have the most radical group of extreme socialists that are ... this is what they’re offering."

The full Fox Nation special "Live Free or Die with Sean Hannity: Hosted by Gregg Jarrett" will be available for free on Fox Nation and stream live Friday at 7 p.m. ET on Fox News Digital and all Fox News social media platforms.