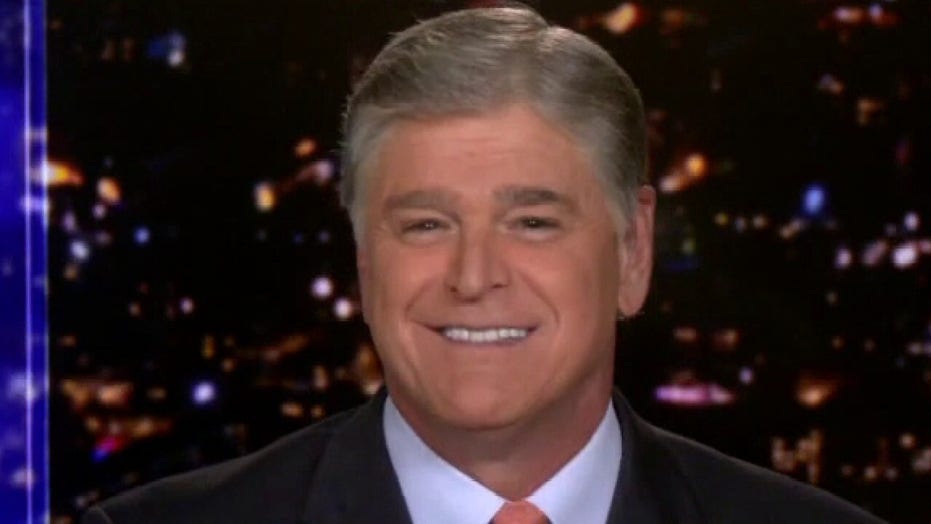 Biden wants Americans to believe that he can beat COVID-19 if you elect him president.

Joe Biden is telling blatant lies about the coronavirus and "living in an alternate reality," Sean Hannity claimed in his opening monologue Thursday.

“Joe actually wants Americans, you the American people, to believe that he can beat COVID-19, but only if you elect him,” the "Hannity" host said. “If he remembers what it is in November.”

VIDEO MONTAGE SHOWS HOW MEDIA TAKE IT EASY ON BIDEN

According to Hannity, Biden is "lying" when he claims President Trump did everything wrong in response to the coronavirus outbreak, while the former vice president was the one to “sound the alarm” on the pandemic.

In fact, the host pointed out, Biden adviser Ron Klain had praised China on Jan. 27 for being “more transparent and more candid than it has been during past outbreaks.”

“The same China where zero-experience Hunter Biden got the sweetheart $1.5 billion deal from the Bank of China,” he said. “Quid-pro-quo Joe sucking up to Hunter -- he’s compromised by China.”

The following day, on Jan. 28, Klain told CNBC that it would be “premature” to cut off travel from China since a quarter-million of those travelers were “already here.”

“Meanwhile," Hannity said, "Joe Biden was still holding indoor rallies in the month of March and he was doling out his world-famous creepy hugs. Remember those? He wasn’t talking about social distancing, he wasn’t wearing a mask.”

“Joe Biden did everything wrong," he concluded, "but now he’s going to lie about it and hope that you will all forget what really happened."