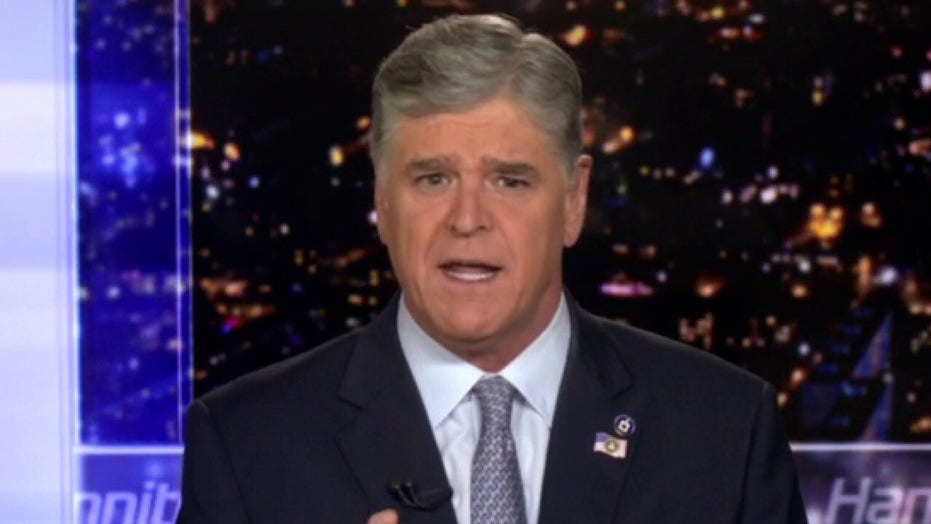 Hannity: Impeachment is a temper-tantrum from Democrats

"Democrats' argument is almost now... too insane to be true," Hannity said on his television program. "Again, they claim that their rock-solid case [is] totally proven, but we want you to bring in about a half a dozen new people, more witnesses, people we didn't even call or subpoena to prove our case."

Hannity said House Speaker Nancy Pelosi, D-Calif., is having a "meltdown" as their case declines.

"Even Nancy Pelosi, she's now beginning to see the handwriting on the wall and she is apoplectic and furious and even beginning a meltdown," Hannity said.

"Pretty scary, rage-filled fantasy land," Hannity said in response. "Well, this is why voters, they see through the charade. And all of this is a culmination of a three year long, nonstop, never-ending temper tantrum by Democrats who still cannot accept the will of the American people from 2016."

"Despite a mountain of evidence about the fake, hearsay whistleblower's political bias and seedy connections and connections to [the] congenital liar's [Schiff's] office. Apparently, he's a delicate flower," Hannity said. "He who must not ever be named, Lord Voldemort, the whistleblower."