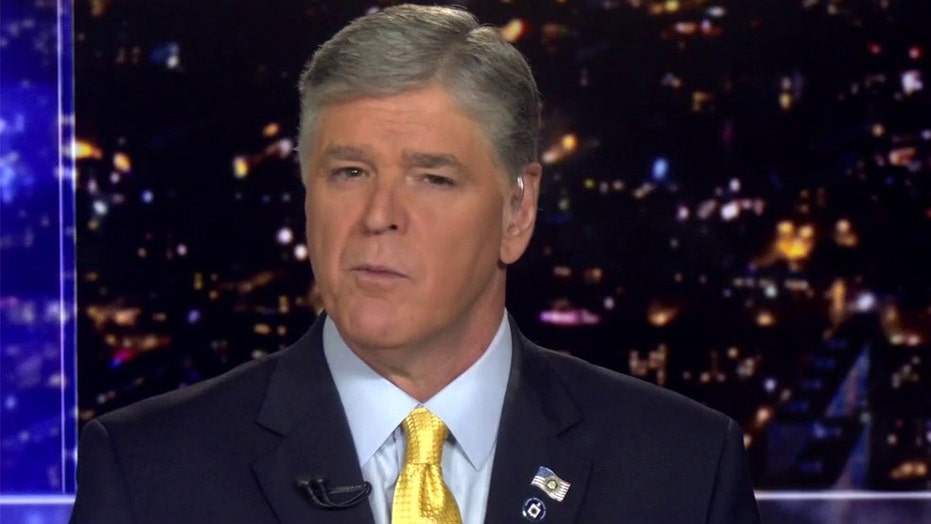 Hannity: Left wants you to believe coronavirus is Trump's fault

Sean Hannity called out Democrats and the media for using the coronavirus outbreak as a "weapon" to attack President Trump, saying such rhetoric is unfair to the president.

"The mob in the media, Democrats. What do they do? 'I want to use a deadly virus as a political weapon against the president,' seemingly rooting for this to be 'Trump's Katrina,'" Hannity said on his television program. "They want you to believe that the spread of corona is the president's fault and he's not doing enough to protect you."

Hannity gave a quick timeline of the outbreak and the Trump administration's response, as well as the Democrats' reactions. He then brought up the seriousness of what Americans are facing.

"The coronavirus is serious. You should be informed of real risks and real dangers as with the flu, as with any virus, as with any pandemic," Hannity warned. "This is not the first major pandemic -- possible pandemic -- to impact the United States. Well, we've been impacted far less, thankfully, than other countries, but we want a cure for everybody."

The host warned that the world wasn't "coming to an end" and the president wasn't to blame for the coronavirus impacting the United States.

"The world is not coming to an end. It's not the president's fault. When the president put the travel ban in effect, fake news CNN says, 'We're going to stigmatize other countries.'  Joe Biden said the president's a xenophobe," Hannity said. "Well, we have other news. They've been predicting the downfall of our economy. Not happening either."

"The media mobs, weaponization and politicizing of this very serious issue is beyond predictable and disgraceful," Hannity said earlier in his monologue.