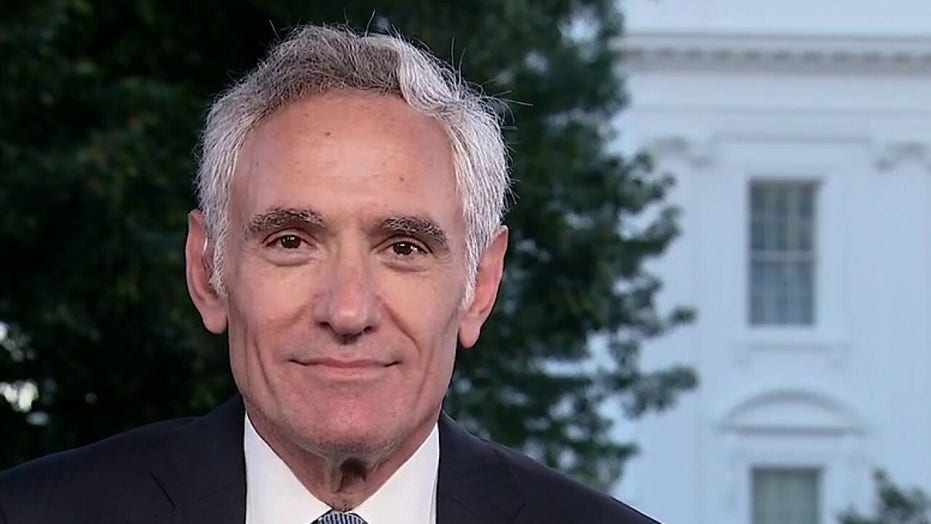 The mainstream media is saying things that are "completely contrary to the data" when it comes to the coronavirus pandemic, new White House adviser Dr. Scott Atlas told " "The Story." Thursday.

"There’s an overwhelming body of science here and if we had a half-hour I would articulate a little bit more," Atlas told host Martha MacCallum. "But basically, it’s frustrating to hear media talk about, 'According to the data,' and then they act and say things that are completely contrary to the data.

"We have to use the data in this administration and everyone I’ve met here on the task force team, it’s very focused on the data, it’s a science-driven policy. It’s not a nondriven policy that some others espouse."

Earlier Thursday, CNN anchor Brianna Keilar claimed that Atlas, whose White House hiring was announced by Trump on Monday, "clearly wouldn't know science if it kicked him in the Atlas."

"I’m pretty comfortable with my CV," Atlas told MacCallum. "I've been at the highest levels of academic medicine for 25 years and combining my medical science knowledge and expertise and critical thinking with my years in health policy ... I'm hoping to add something to what is really a great team here."

Keilar criticized Atlas after playing a clip of him ridiculing the "hysteria" surrounding the virus.

"Okay. First off," Keilar said, "Dr. Atlas clearly wouldn’t know science if it kicked him in the atlas, and people wanting their kids to be healthy, their families to be healthy -- that is not hysteria. It is rational human behavior."

Dr. Atlas, a senior fellow at the Hoover Institution, has called for schools to reopen as usual this fall. He has also supported the return of college sports and expressed skepticism about the effectiveness of stay-at-home orders and other restrictions.