"In light of the announcement, the Kingdom reiterates its support for all efforts aimed at reaching a just and comprehensive resolution to the Palestinian cause," the foreign ministry wrote on Twitter.

The Ministry of Foreign Affairs applauded President Trump's efforts to reach a peace agreement in the region, and urged "direct peace negotiation between the Palestinian and Israeli sides, under the auspices of the United States."

"The Kingdom appreciate the efforts of President Trump’s administration to develop a comprehensive peace plan between the Palestinian and Israeli sides," they wrote, "and encourages the start of direct peace negotiation between the Palestinian and Israeli sides, under the auspices of the United States, and to resolve any disagreements with aspects of the plan through negotiations, in order to move forward the peace process to reach an agreement that achieves the legitimate rights of the Palestinian people."

The Middle East peace plan proposes a Palestinian state in parts of the West Bank but would allow Israel to annex its settlements in the occupied territory. The plan would allow the Palestinians to establish a capital on the outskirts of East Jerusalem but would leave most of the city under Israeli control.

According to White House officials, the plan calls for a two-state solution, including the state of Israel and the "future" state of Palestine.

Under the plan, Palestinians would have to reach certain benchmarks to achieve a state. Those benchmarks include rooting out terrorism, stopping what they call “pay to slay,” implementing steps toward free speech and other political reforms. 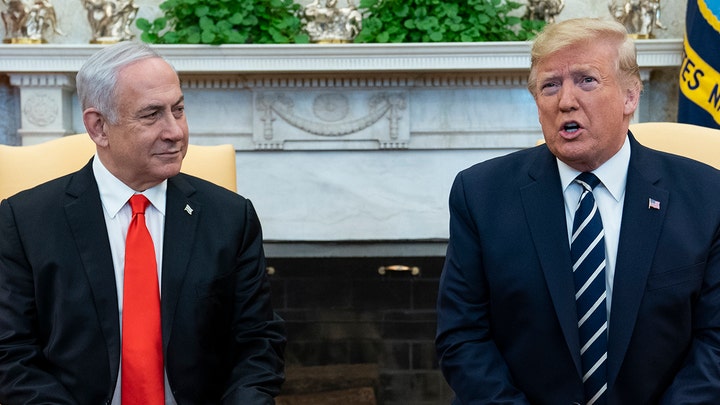 Palestinian officials publically rejected the plan that was touted by Trump as the “most detailed proposal ever put forward” toward a lasting peace in the region.

"My vision presents a win-win situation for both sides," Trump said Tuesday during marks in the East Room of the White House. "Today, Israel has taken a giant step toward peace."