Sarah Sanders, former White House Press Secretary, says the Democrat impeachment 'circus' is a huge waste of time and President Trump will be

Former White House press secretary Sarah Sanders said Friday that she believes President Trump will be "fully vindicated" by the Senate in an impeachment trial.

“We will move forward and the president will continue doing what he has done throughout the entire process,” Sanders told “America’s Newsroom,” one day after House Speaker Nancy Pelosi called for articles of impeachment.

REP. BIGGS RIPS PELOSI'S IMPEACHMENT ANNOUNCEMENT: 'SHE IS FLAT-OUT NOT TELLING THE TRUTH'

Sanders said the Senate trial will be much fairer to Trump, unlike the process in the House, expressing the hope that it will be done quickly so lawmakers can address the business of the country. 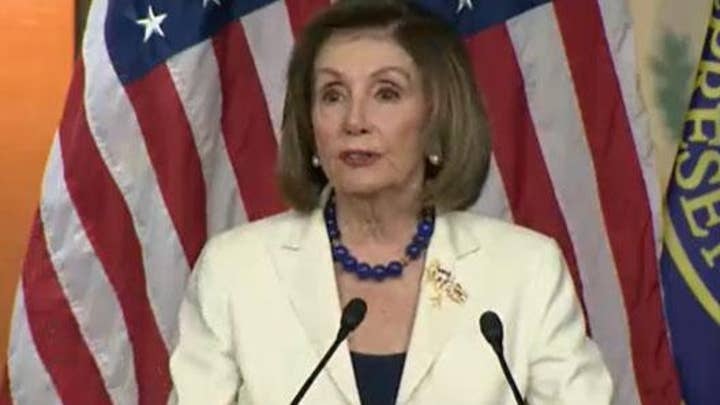 "The president's actions have seriously violated the Constitution," Pelosi said. Claiming America's democracy is at stake, she said: "The president leaves us no choice but to act because he is trying to corrupt, once again, the election for his own benefit.”

Pelosi claimed the facts are now "uncontested" that Trump "abused his power for his own personal political benefit at the expense of our national security" by allegedly using aid as leverage to seek an investigation of the Bidens from Ukraine.

"I mean, no one can deny that under this president the country is doing spectacular, particularly the economy. I think the Democrats are making a big mistake by wasting all of their time focusing on this ridiculous sham that is going nowhere."